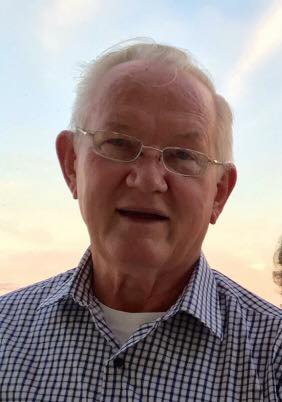 Kitty Hawk, NC – Always larger than life, William “Bill” Martin Appleton departed the confinement of this world to soar among the eagles the morning of April 3, 2017.  Forever proud to be an American, Bill bled red, white & blue until the day his mortal body succumbed to defeat in the final battle of good versus evil – otherwise known as Cancer.

Bill was known for his patriotism, his selflessness to help others in times of need and his ability to always have an answer handy no matter the question.  Having been born June 17, 1941 to the late Wilma Marie Ahlquist and Harold “Bud” Martin Appleton and raised on a farm in Canal Fulton, OH, he began a 20 year career as a Boiler Technician in the United States Navy at the age of 17 serving during the Vietnam War.  His dedication to the military service and love of country included much work with asbestos related materials, leading to his final battle with mesothelioma.

While gone in body, a part of his spirit continues on forever in his soulmate and wife of 42 years, Sharen Appleton (Kitty Hawk, NC).  Bill is also survived by his children, daughter Billie Jo Appleton and fiancé Scott of Jarvisburg, NC; son Aaron Appleton and wife Patty of North Lawrence, OH; Tammy Lewallen and husband Ron of Moseley, VA; and son Eric Appleton and wife Sandra of Kill Devil Hills, NC.  Presenting him with the award for Best Grandpa are several grandchildren:  Aaron Patrick, Taylor, Amber, Ariel, Brandon, Madilynn, Hannah, Abbagayle and (being released Summer 2017) Mila.  He is also survived by his half-brother Jay Swigart and wife Kathy of Warrenton, VA and his half-sisters Sheri Swartz of Canal Fulton, OH; Diane Swigart of Fayetteville, NC and Susan Schaeffer of Jackson, MS and too many nieces and nephews to name.

Friends and family may view Saturday, April 8, 2017 at Gallop Memorial Chapel in Barco, NC from 1 to 3 pm. The funeral with military honors will commence at 3pm.  Reverend Cherri Wheeler will officiate.

In lieu of flowers, the family appreciates donations in his name to the International Mesothelioma Program at Brigham & Women’s Hospital in Boston, MA.

Condolences to the family are welcome at www.gallopfuneralservices.com.  Gallop Funeral Services, Inc. was entrusted with arrangements.