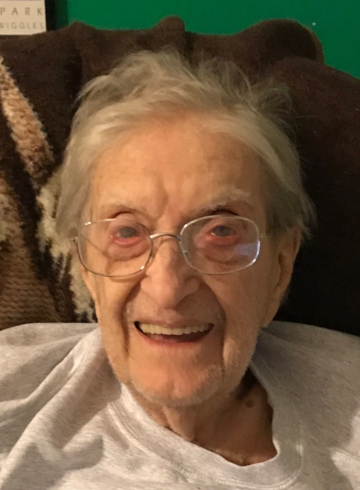 Kill Devil Hills – William Lambert, aged 101, died peacefully on Saturday, April 13, 2019 at the home he shared for over six years with his daughter, Mary Lambert, and son-in-law, Martin Keely, on the Outer Banks of North Carolina. He moved to Kill Devil Hills, NC, after the death of Lorraine, his beloved wife of 67 years.

Bill served in the Pacific with U.S. Navy during WW II. Returning to civilian life, he married Lorraine and earned a degree in Optical Engineering at the University of Rochester. Eventually settling in Clarence Center, NY, they raised three children, John, Mary, and Bill Jr.  For many years, he and Lorraine served as regional leaders in the Marriage Encounter Movement. They were deeply devoted to their children, grandchildren, great grandchildren, friends and faith. In retirement they  travelled extensively throughout the U.S. and abroad.

Bill was a faithful and loving husband, father, grandfather, great grandfather and friend. He was an accomplished artisan, always modest, gentle, and kind. Beloved of all who ever knew him, he passed away sweetly, quietly, gently, as he had lived. He was a holy man. He is survived by his three children, six grandchildren, and ten great grandchildren.

The family will honor Bill’s s wishes for cremation and preference for no services.
Condolences to the family may be expressed via the online register at www.gallopfuneralservices.com. Gallop Funeral Services, Inc. was entrusted