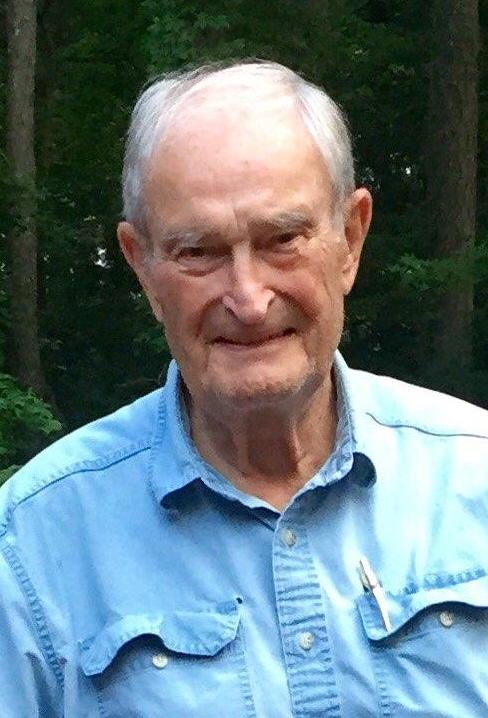 William Henry Sargent passed away at his home in Southern Shores on North Carolina’s Outer Banks before sunrise on Saturday November 7. He was 92.

Bill, or “Papa” as he was affectionately known to his grandchildren and great grandchildren, was born in Boston on January 3, 1928 to Francis “Frank” Carlton Sargent and Anne I. (Bannon) Sargent. He grew up on Bass River in Cape Cod, MA where he first learned to sail and where he later taught his children sailing skills. He loved being near the sea.

He graduated from the Tabor Academy, enlisted in the U.S. Army and served in Korea before using the GI bill to graduate from Brown University.

While at Brown, Bill met Mary Jane Kenworthy. They were married in 1952 and ultimately settled in Annandale until her death in April 2012 after which he moved to the Outer Banks.

Bill Sargent was a Renaissance man and a brilliant thinker with a sharp wit who remained curious about science and technology his entire life. An engineer and rocket scientist by profession, Bill loved music, fly fishing, building and flying radio-controlled sailplanes, and politics. Bill spent most of his working life in aeronautics at Atlantic Research and belonged to “The Propulsion Club”, a group of engineers and rocket scientists. He was a lifelong fisherman who enjoyed both tying flies and fishing with them.

Bill was a lifelong Republican and together with his wife worked tirelessly on many campaigns including that of Gov. Linwood Holton – the first Republican governor of Virginia of the 20th century – U.S. Senator John Warner, Gov. John Dalton, Rep. Joel Broyhill and Rep. Tom Davis, and many others.

Family was always nearest to Bill’s heart and his children, grandchildren and great-grandchildren were frequent visitors to his warm home on the Outer Banks, which features bunk rooms for children.

In Annandale, parties thrown by Bill and Mary Jane Sargent were legendary. For many years they hosted a grand Fourth of July party on the spacious grounds of their home, that included a parade, fireworks and scores of guests, many in costume. Once Christmas gifts were exchanged, they flung open the doors to their house for an annual December 25 open house. Together, the Sargents made fabulous entertaining appear effortless.

The Sargent property in Annandale was large enough to keep ponies. It was there Bill taught horsemanship to his children while somehow finding time to coach wrestling and serve as PTA President of Thomas Jefferson High School.

The men in the Sargent family are superb cooks, a skill passed down from Bill to his sons. The grills – yes, that’s plural – on his Southern Shores deck are always a favorite gathering place, with the patriarch overseeing the food preparations.

Bill was predeceased by his wife of 60 years, Mary Jane in 2012, his sister Gloria in 2012 and a half brother, Harlan Sargent. He is survived by his six children and their spouses, William Henry Sargent Jr. (Tad) and Colleen of Fairfax Station, VA,  Abigail Sargent Jones and Don of New Canton, VA, Patience Sargent Wood and Guy of Lottsburg, VA, Rebecca Sargent Beebout and Rick of Ruther Glen, VA, Matthew Sargent and Katharine of Virginia Beach, VA and JaneAnne Sargent Frulla and Robert of Jacksonville, FL as well as numerous grandchildren and great grandchildren.

Upon the death of his beloved wife, Bill’s best friend became a miniature Yorkshire-Schnauzer mix named Obi, a tiny dog with a big personality who rarely left his master’s side. Obi will be retiring to Florida and living with JaneAnne and her family, a fact that comforted Bill during his lengthy illness.

The Sargent family will gather for a private service Saturday at All Saints Church. In lieu of flowers the family asks that donations in honor of William be made to Dare County EMS and sent to 1632 N. Croatan Hwy, Kill Devil Hills, 27948.