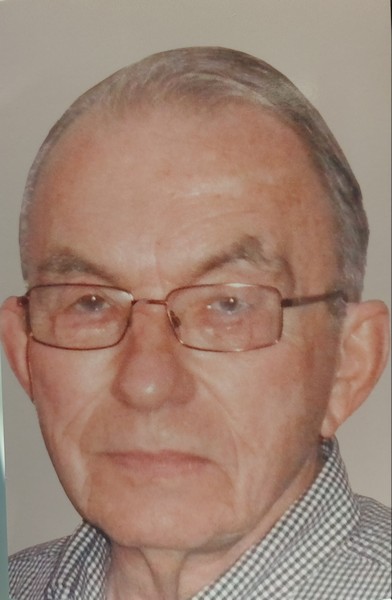 Wilber worked for most of his career in Civil Service, at the Corps of Engineers in Norfolk, VA and spent the last six years of his career at the National Park Service on the Outer Banks. He loved nature, whether flowers or animals, and enjoyed capturing the beauty through photography. He took great pleasure in printing and matting the photos to give to family and friends.

He is survived by his three children that he adored; daughters, Dana Gray of Currituck, NC and Lynn Manning of Chesapeake, VA, and son, Andrew Hines (Sarah Gannon) of Kill Devil Hills, NC; two grandsons, Adriel Gray and Caleb Pantelides; granddaughter, Scarlette Hines; and great grandson, Keenan Gray. Also surviving are a sister, Bernice Hyatt and a brother, Lonnie Hines; as well as numerous family and friends and his best buddy/furbaby, Otis.

As he requested, there are no plans for a memorial service. The family rejoices that he is no longer suffering and is now in the presence of his Heavenly Father; for we know that to be absent with the body is to be present with the Lord.

Condolences may be shared at www.gallopfuneralservices.com.  Gallop Funeral Services, Inc. was entrusted with arrangements.

Please accept our sincere condolences. We rejoice know that he is with his beloved wife and wrapped in God’s love. He is free from suffering, and home. ❤️

He was a God's gift to this world. I will miss his friendship. His photography skills are appreciated every day displayed on my wall.

We are truly sorry for your loss. We thought so much of your Mother and in recent years we have admired your Father's determination. Your kindness when our son Ben passed last fall meant a lot to us. May God bless your family during this transition. Your neighbors Bev & Claude

Uncle Wilbur was so much like my grandfather. A man of few words, full of Love, character and integrity. When I was a child uncle Wilbur sold Bibles as a part time passion. I still have and use the one he gave me. I read it every day and always think of him and the wonderful impact he has had on my life. Now he is in Heaven singing with the angels with a new body free of all pain! Much love to the family!

Andrew & family, Sorry for your loss. I am glad to have known your Dad for many years. He was a pleasure to work with & for in the construction trade. He will not be forgotten for being on of the kindest people I've ever met, always willing to lend a hand. May God Bless you & your family. Our thoughts & prayers are with you. Kevin Eubank & Family

I’m so very sorry about Wilber’s passing. I was privileged to work with him and your mom at Sun Realty for a number of years and enjoyed knowing them. Wilber was so very smart and kind. He could fix anything also! He and Paula loved their family and each other dearly. I live in Soundside Estates not far from Wilber but haven’t seen him in a while. My prayers are with you all for strength as you bear his loss and celebrate your many memories as well. May God’s peace surround you all. You have our deepest sympathy.

Sorry for your loss. Drove many hours and times with Wilber, as we delivered cars for the Chevrolet dealership. He was a joy to be with on these trips. He always had a quick smile and had a great attitude about life.