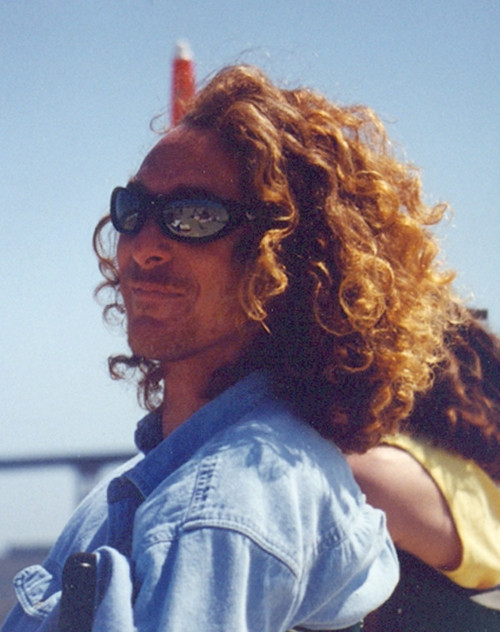 Colington- Scott LeVere Buchanan, age 52, of Colington, NC died on April 12, 2017, after a year and a half battle with cancer, at The Outer Banks Hospital in Nags Head, NC. He was born in Montgomery County, Maryland, on March 29, 1965 to Dr. Ronald L. and Margaret G. Buchanan of Colington. He is survived by his loving wife of 22 years, Laurie (Maloney), and his son, Timothy M. Buchanan; his siblings, Douglas of Roanoke, VA, Deborah (Robert Watts) of Wake Forest, NC, Holly and Elizabeth, both of Silver Spring, MD; his step-children, Andrew May and Kelly (John Moore).

Scott met his wife Laurie on the Outer Banks in 1994 and was known for his deep love of the sea and waters around the barrier islands. He enjoyed fishing, boating, and spending time with his family and friends on his beloved boat on Colington Island. He was an avid cook and was known for cooking large Thanksgiving dinners. Scott loved music and especially relished playing guitar and drums with his friends and son, Tim. He was a loyal and trusted friend, always ready to lend a helping hand. Always the self-starter, Scott built his successful business, Buchanan Mechanical, from the ground up, beginning in 2002 in Manteo.

The family will receive friends on Sunday April 16, 2017 at Gallop Funeral Services, 6917 S. Croatan Hwy. Nags Head, from 6pm-8pm.  Scott’s funeral will be held Monday April 17, 2017 at 10 am at the Church of Jesus Christ of Latter Day Saints, W. Windjammer Rd, Nags Head, NC. The burial will be private. In lieu of flowers, Memorial contributions may be made to the American Cancer Society.