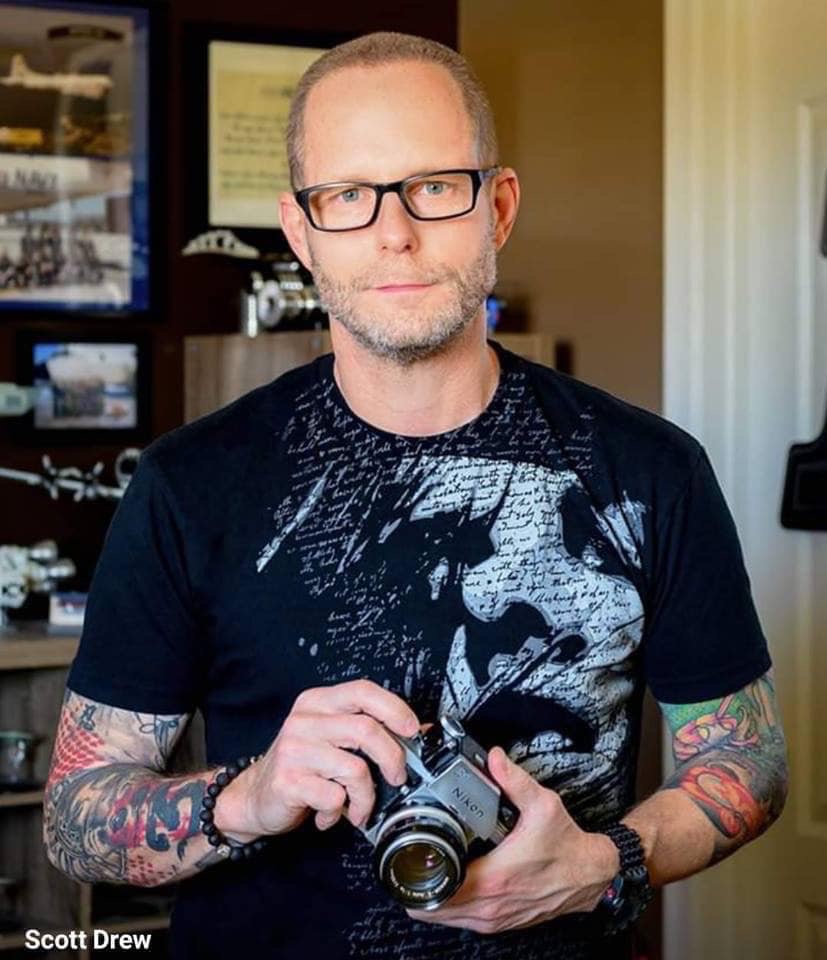 Scott was born in Clearwater, Florida to Fred and Mary Ann Drew on April 22, 1967.  After graduating from Pinellas Park High School in 1985, Scott joined the Navy where he proudly served for almost 22 years, retiring as a Chief Petty Officer. After retiring, he embarked on a second career as a government civilian to continue supporting the Navy he loved so much. Scott was passionate about everything and so full of life.

He always had a smile for everyone and loved making friends. You could most often find Scott behind his camera, capturing the moments of our lives. He loved his family, his friends, photography, music, tattoos, Jeeps and high-end tequila.  He was also a super-nerd who loved sci-fi, Marvel and DC. If you knew him, we’re sure you’ve had conversations with him on one or more of these topics…

Scott was preceded in death by his mother, Mary Ann, and his sister, Carol. He is survived by his wife, Dawn, and son, Alex as well as by his father, Fred Drew, and brother, Rick Drew from Clearwater, Florida.

We will join together as a community for a Celebration of Life on Saturday, April 27, 2019 at the Eagle Creek Bar & Grill Reception Hall in Moyock at 2:00 p.m. In lieu of flowers, donations can be made towards a college fund for Scott’s son Alex at Navy Federal Credit Union.