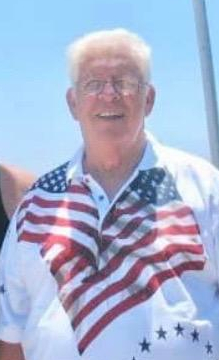 Buxton – Robert Gerald Gaskins, Sr. or “Pap Pap” as he was best known, passed away Tuesday, September 17, 2019 in Nags Head. Bob was the son of the late George and Mary Etta Gaskins of Buxton, NC. Bob was also preceded in death by his four brothers, George Thomas, Freddy, David, and Victor and by his sister, Edna Pledger.  He was the loving father of the late, Robert Gaskins, Jr.

Pap Pap was born and raised in Buxton where he completed school and went on to enlist in the US Marine Corps.  Bob served honorably during the Korean War Era.  Following his service, Bob raised his family in Virginia and was employed in many different endeavors. Bob was past Master of 698 CH Lodge, a member of the American Legion of Woodbridge, VA; and past Governor of the Franconia, VA Moose Lodge. Pap Pap will be remembered for his warmth and hospitality which he extended to any and everyone.

Pap Pap’s funeral will be held at Buxton United Methodist Church Saturday, September 21, 2019 at 2 pm.  Friends and family may view one hour prior.  The committal and burial at Buxton Cemetery will immediately follow the funeral. Reverend Toni Wood will officiate. In lieu of flowers, the family gratefully suggests that donations in Pap Pap’s memory be made to The Cape Hatteras Methodist Men at PO Box 1591 Buxton, NC  27920.