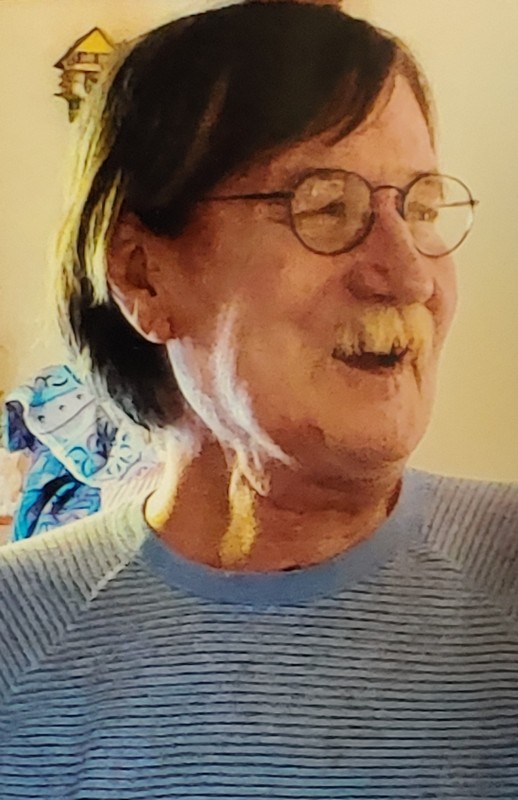 Robert Bernard Davis – 72 years of age died at the Mashoes home November 21, 2021 after a very long battle with cancer.  “Doc” or “Snake Man” as he was known by friends and colleagues, was born in Frostburg, MD. He was the son of Dorothy and John Davis who preceded him in death.

Doc was a reptologist for the National Zoo in Washington, DC where he built and managed the first Komodo Dragon lair.  He was an accomplished author of several zoological research papers dealing with various reptile species.  More recently, Doc was a fisherman out of Stumpy Point and retired from his position with the National Parks Service (NPS) Outer Banks group.

Robert was a man who loved his Harleys, guns, his dogs, and his family and friends. He would give the shirt off his back to anyone in need (and did so many times). He also loved music and art.

Left to remember Robert “Snake Man” Davis is his wife, Robin of Mashoes; his daughter and son-in-law Heather and Tony Tringler; his two granddaughters Ava and Alli of Frostburg, MD; his stepson and daughter-in-law Jonnie and Taryn Flowers; step-granddaughter, Abby and step-grandson, Hayden of Wanchese; his sisters-in-law Pamela Smith (Hunter) of Warrenton, VA and Mary Bayliss of Hancock, MD as well as many nieces, nephews, and lifelong friends from the east to the west coast.

As he planned, Roberts cremated remains will be returned back home to Maryland.  There are no local services planned at this time.  Rest well our sweet gentle giant. You will be sorely missed.

Robin & family, I'm so sorry to hear of Bob's passing, but rejoice in knowing he no longer suffers. Prayers for peace. Shelly

Robin and family,I am sorry to hear of his passing.I knew Bob when he lived in Stumpy Point and was lucky enough to work with him in NPS in 2010 and 2011.We hit it off in conversation of Nils Lofgren,a rock star I had seen years ago and that Bob had really liked.Getting to know him better with many conversations about the local snakes,he would break out his photo book of his snake encounters that he always had with him.I took him on a couple of snakeman dispatches to Bodie Island chasing the elusive canebrake phase timber rattler that would hang around the boardwalk leading to the pond.Rest in peace Bob I'll never forget you.One unique individual gone too soon.

Robin, so sorry for your loss. You and the family are in my thoughts and prayers.

Went to high school with Bob. He was a sweet person. My deepest sympathies to his family. Pat (Davis) Kelly

Robin, I am sorry for your loss. Bob was loved dearly by my parents. May your memories bring you comfort.