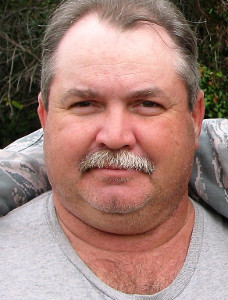 Frisco- Richard Allen Austin died unexpectedly in the early morning of November 7, 2017 in Greenville, NC He was 54 .  Richard was born in Manteo, NC August 5, 1963. He was the son of the late Velton Austin, Sr. and Mary Curles.  He was recently predeceased by his brother Velton Austin, Jr.

Richard was a well- known professional butcher and skilled dump truck driver for Frisco Construction and Cape Dredging for many years. He was also a devoted family man.  Richard will be missed and remembered most for his humor and his willingness to help anyone he could.

Richard leaves behind his loving wife Rebecca Austin of Frisco, his three children, Daphnie Heath and husband Daniel, Stephanie Austin, and Kyle Austin and wife, Sarah.  His world was his three grandchildren, Tabitha Heath, Elizabeth Heath and Nathaniel Heath.  Richard also leaves behind his brothers, Alphe Austin and wife Debbie, and James Kelley, as well as many nieces, nephews, and other family members.

In lieu of flowers, the family gratefully suggests that memorial donations in his honor be sent to the Hatteras Island Methodist Men.