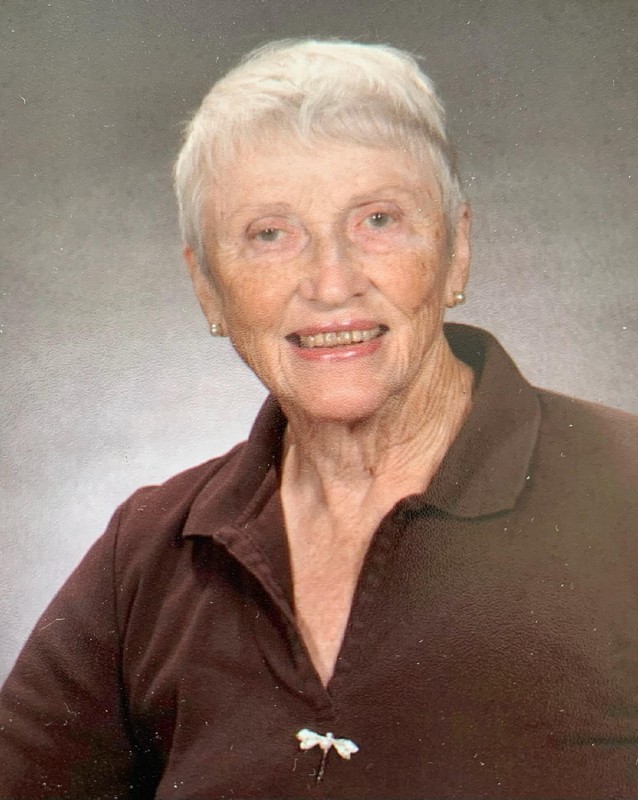 Harbinger – Miriam Perry Calhoun, 93, passed away peacefully on June 30, 2022 at home with her loving family by her side. Miriam was born April 28, 1929 in Cleveland, Ohio to the late Emmanuel vonBetzen and Gertrude Perry.

Miriam was a devoted wife, mother, grandmother, and friend. She savored life and never over complicated it. She reminded us all to look at the joys in the little things. She was a lover of poetry and nature. She had a green thumb and could grow anything. She also loved a good bourbon especially if it was mixed into her favorite Manhattan.

As a youth Miriam was actively involved with the Girls Scouts of America where she made lifelong friends. During high school at Bethesda Chevy Chase High School Miriam was a member of the Washington DC area champion women’s basketball team. Miriam graduated with a Bachelor of Science degree in Chemistry and Bacteriology from the University of Maryland in 1951. During that time she was proud to be inducted into the Alpha Delta Pi Sorority.

Her academic achievements led Miriam to land her first job with US Public Health Service at the UNC School of Public Health. She later was a scientist at the Food Drug Administration (FDA) in Rockville, Maryland and worked toward the betterment of public health and safety her entire career. After her retirement from the FDA, she continued her work in the private sector as a consultant in pharmaceutical regulation.

Miriam was long time resident of Maryland and shared a home for over 25 years that she and her husband designed and built in Potomac. They later made Harbinger, North Carolina their permanent home after being a seasonal residences for over 50 years. Her time in North Carolina helped fine tune her skills as a sailor, avid bird watcher, and as a chef making her specialties such as spinach soufflé and cinnamon rolls family favorites. Miriam was an active volunteer at All Saints Episcopal Church participating in the church’s successful Holly Days bazaars and the popular After Dark continuing education program.

Miriam is survived by her beloved husband of almost 60 years, Richard; two children, Alice and Preston both of Maryland; daughter-in-law Nicole; three grandchildren (Andrew, Ryan, and Abby); four nieces and nephews, and several other extended family members and dear friends.

Plans for a memorial service honoring the life of Miriam Calhoun are scheduled to be held at All Saints Episcopal Church in Southern Shores on August 5, 2022 at 2pm. Gallop Funeral services is assisting the family with arrangements. Condolences and memories may be shared at www.gallopfuneralservices.com.

Our deepest condolences to Dick and Family on Miriam's passing... may she be at peace in her final rest. Prayers for all who remain behind to mourn her passing.

Miriam is someone who I am eternally grateful for. I’ve only got to know her a couple of years. I wish that I could have spent more time with her. In my book she is a saint.

So very sorry for your loss. My thoughts and prayers are with you and your family.

Hail, Miriam, full of grace, love, and positivity. Gifted all with presence in a warm, genuine connection. I never heard a negative word from her. A wonderful human being.

I am so sorry to hear of the passing of Miss Miriam. She was a lovely lady and I am honored that I was able to get to know her and spend some time with her and her family.

I am sorry to hear of Miriams passing but.know that memories of her will live on in your hearts and minds.

Dear Dick and family - Miriam will be missed. Her kindness and love was always to me. She was a great cook and made you feel at home when visiting. She is home now with her Lord and Savior without pain and seeing so many of her family and friends. God bless you always Miriam. Char