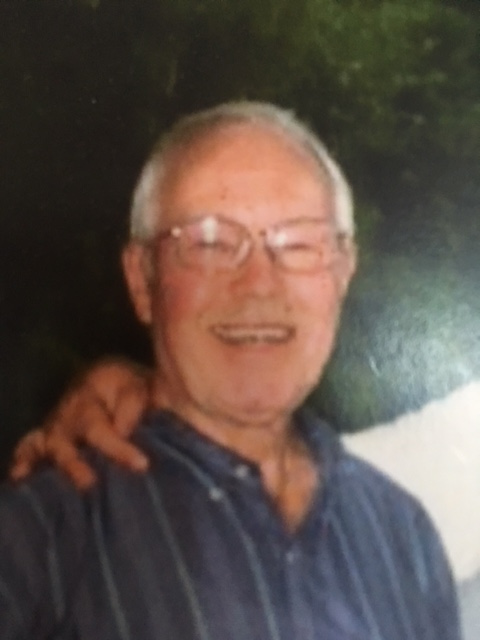 Kill Devil Hills – It is with great sadness that the family of Millard Eugene (Gene) Harvey announces his passing on Friday, September 28, 2018, at the age of 87 years. Also known as Mr. Gene, he will be lovingly remembered by his wife of 60 years, Virginia (Woodford) Harvey, his children, Elizabeth (Harvey) Konstanzer and Jason Harvey, his daughter-in-law Kari Watkins Harvey, and grandchildren Max Konstanzer, Jack Konstanzer, and Sylvia Watkins Harvey. He has beloved family in England and two half-sisters in Texas, Barbara Sterling and Joan Robinson. His eldest son, Mark Harvey, predeceased him in 2014.

Born in Dallas, Texas on November 29, 1930 to Millard H. Harvey and Avis (Burnett) Barron, he graduated in 1954 from Texas A&M University with a Bachelors degree in Architecture. He joined the United States Air Force and served in Germany, France and the UK, where he met his wife, Virginia. They had three children, Mark, Lizzie and Jason. Lizzie and her two boys live in the OBX. Jason and his family live in Rochester, New York. After his service in the Air Force, Gene was employed as a civilian by the Department of Defense at Bolling Air Force Base, Washington DC, and the Pentagon, Arlington, VA. Throughout his career he was responsible for designing hospitals, medical facilities, housing and schools on Air Force bases all over the world. His work involved extensive travel, which he enjoyed immensely. Gene was a gifted artist who enjoyed gardening, drawing, painting, writing, photography, and various forms of musical expression. He was also a beloved coach for Vienna Youth Soccer for many happy seasons. When he retired in 1995, he and Virginia moved from Vienna, Virginia to the OBX. They built a lovely home and together they became Master Gardeners. They enjoyed many visits from family and friends and watching their grandsons Max and Jack play a multitude of sports at First Flight High School.

Gene, also known as Dad, Pepop, Unc Gene, Brother and Coach, was a lovely and kind father, grandfather, husband and friend. His playfulness, humor and joy were such an integral part of his life and brought positivity and happiness to the many lives he touched. He will be missed by so many people who loved him.

In honor of Millard Eugene Harvey, a Celebration of Life will be held at Lizzie’s house on Saturday, October 20 at 3:00 pm.

The family suggests memorial contributions be sent to the Alzheimer’s Foundation of America, https://alzfdn.org.