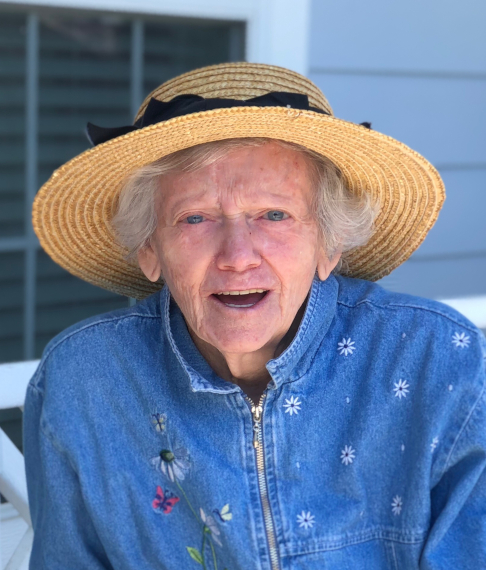 Maude Maxine Minerich, 91, passed away December 15, 2020. She was born February 6, 1929 and raised in Clearwater, Nebraska to Lloyd and Maude Ashcraft who owned a feed and fertilizer business.

After high school, she attended the University of Colorado where she received her nursing degree. Upon graduation, in 1951, she married Erick Minerich and they moved to Anchorage, Alaska where he served in the Air Force and civil service, and she worked as a charge nurse. In 1958, they moved back to Clearwater, Nebraska and took over operation of the family feed business. Maxine was known for her community volunteer work. She also is remembered for her love of music and gardening. She especially loved purple iris. In later years, Maxine and her husband retired and spent time in Colorado and Arizona before moving to North Carolina to be with family. Maude was a lifetime member of the Clearwater Post 267 American Legion Auxiliary.

Maxine is survived by her husband, two children, seven grandchildren, nine great grandchildren and other extended family members and friends. She was preceded in death by her parents and an infant brother.

In lieu of flowers, donations in Maxine’s name may be made to GEM Day Services, PO Box 3601, Kill Devil Hills, NC 27948. Please express condolences to the family via the online register at www.gallopfuneralservices.com. Gallop Funeral Services, Inc. was entrusted with arrangements.