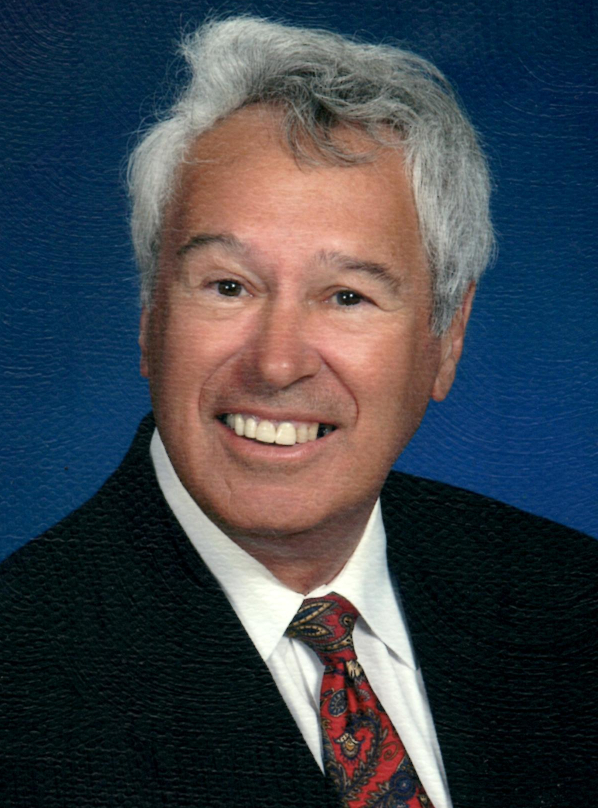 Manuel S. “Manny” Medeiros, Jr. a nuclear power engineer, an Outer Banks investor since 1969 and a full-time Outer Banks resident since 1986, passed away on November 17, 2021.  Born in Little Compton, R.I. in 1934, he received his undergraduate degree in Electrical Engineering in 1956 from what is now known as the University of Massachusetts, Dartmouth, after which he completed Officers’ Candidate School in Newport, and was commissioned an Ensign in the US Navy in December, 1956.  Upon commissioning he joined Admiral Rickover’s small staff of engineers designing reactor plants for submarines and surface ships.  He also completed graduate studies at the Bettis Reactor Engineering School in Pittsburgh, PA and related courses at the University of Maryland.

After completing active duty in 1960, he continued civilian employment with the US Navy and the Atomic Energy Commission in Washington DC, moving to Napa and Vallejo, California in the early 1960’s to help construct nuclear powered submarines at the Mare Island Naval Shipyard, where several submarines were built, tested and sent to sea as part of our county’s ballistic missile submarine program.

While in California, he continued earlier work, commenced in Virginia, to help local mentally retarded children become active in their communities.  He became president of the Solano County Council for Retarded Children and an active supporter of a sheltered workshop for the retarded, work he continued upon returning to the East Coast.

Leaving the naval nuclear program in the late 1970’s, he joined the Nuclear Regulatory Commission where his work involved commercial nuclear power plants producing electricity.   While at the NRC and subsequent to the 1979 Three Mile Island accident, he was recruited by the TMI reactor plant designer, Babcock and Wilcox, as an advisory engineer assisting B & W in Lynchburg, VA in recovery from the TMI accident.

In 1986, he relocated to the Outer Banks where he undertook several pursuits including real estate brokerage, scientific writing, public speaking and public testimony to various government entities, all concerning energy and the environment.  An avid reader, hardly a day passed during his last 25 years without detailed study and research into numerous aspects of environmental science, such study under the guidance of world renowned scientists, as tutors.

He was quite active in the Knights of Columbus having been a charter member and Grand Knight of Council #6153 in Springfield, Virginia and later, Grand Knight Holy Redeemer Catholic Church in Kitty Hawk.  He was also an active member of Kitty Hawk, NC and Bradenton, FL Rotaries, as well as the American Nuclear Society.

In lieu of flowers, Manny has asked that any donations be made to “Knights of Columbus LAMB” (Least Among My Brothers) program and “Ladies by the Sea,” a Holy Redeemer Church women’s group.

A visitation will be held at Holy Redeemer Church on Kitty Hawk Road on the morning of Monday, November 22 at 9:00am, with a mass of the Resurrection to follow at 10:00am and internment thereafter at Southern Shores Cemetery.

Thinking of all of Manny's family in your great loss. He was kind, smart and very thoughtful. His was a life of great service to others. We have enjoyed those pop-up Christmas cards/tree ornaments he and Carol sent every year and will think of them both as we bring them out this year. Sincere sympathies to each of you.

Sorry to hear about your loss. Thoughts & prayers with your family during this sad time. If there is anything we can help with, please let us know. Manny will truly be missed. RIP Manny. 🙏🙏

I was saddened to hear of Manny’s passing. I always enjoyed talking to him or just having a friendly wave upon passing each other. My thoughts and prayers are with Manny’s family at this time

A gentleman and passionate truth-seeker, especially about the Climate change ruse, He is with Carol now the love of his life Manny, RIP my friend

Rest in peace Manny with Carol by your side forever more.

Dear Medeiros Family, i am very sorry for your loss. Manny was an absolute joy to be around. He was a wise man who educated me on many occasions. He always brought a smile to my face because he was often smiling. May God give your family comfort at this very difficult time. Sincerely yours, Beverly

Medeiros family, I am truly sorry for your loss, and the loss for all of us. Many was a difference maker. I always felt I was a more knowledgeable person each time I had a conversation with him. His loss hits hard, and many will miss him.

A very smart, active and friendly neighbor here in his Florida home. I learn much about submarine fleets and technology he obviously knew so well. Enjoyed his company and his endless efforts to fix, repair and improve things at his home. He is an inspiration to me. My heart goes out to his family. Many thanks for the opportunity to meet him.

Our condolences you your family for the loss of Manny. He lived a full life for family, friends, Naval serivce and continued job related and continuing education with energy and environmental contributions. Remember the good times, tell the stories!

Manny was such a wonderful person and we will miss him as a neighbor. I'll also miss him saying "I didn't see you in church last night" as I passed him walking in the neighborhood (every time). Always smiling and had a great sense of humor! He lived a good life to the fullest.

So sorry to hear of Manny’s passing. We have many deep conversations in the past and he was a good man. My thoughts and prayers to you and your family.

So sorry about your loss. I enjoyed meeting him very much, love to you all at this difficult time.

Ha Ha... Manny and I may have been on opposite sides of the political spectrum.. a few were. That does not define the man.... What defines him is what he does for the least of his brethren... Manny defined all that is good. I was lucky enough to have a brother in law, 4th degree Grand Knight, Special Olympian. Men like Manny embraced him as a brother Knight... They could do no less. So-to Manny's family- Comfort is knowing that there is a long line of his friends welcoming him home.. Peace and Love

Such a loss for our OBX community! I’ve known Manny & Carol since they moved into Martins Point, often spoke with them on their walks every morning and in Church Saturday evening! I saw Manny at the last healing mass & although we didn’t speak we exchanged nods. I loved his Letters to the Editor in the Coastland Times, he was so passionate about the environment! Rest In Peace Manny, I know you’re happy to be reunited with Carol.

To Manny's family, so sorry to hear of your loss. Knew Manny from late 80's as a realtor and enjoyed working with him, his kindness and thoughtfulness was always there thru transactions. And always loved to read his letters to the Editor, no one was more informed on environmental issues. God be with you. Anna

On behalf of the entire AtYourGate team, we express our sincere condolences to the Medeiros family for your loss. Manny's son Michael is part of our work family now and we are blessed to work with the kind and incredible man Michael has become which we are certain is a great reflection of Manny's touch and influence. With love.

Rest in Peace Manny. Prayers for comfort to all Manny's family and friends.

I am so sorry that your family has lost both of your parents within two years. Your Mother was a member of the Ladies by the Sea and I thank you for listing the Ladies By The Sea as a way to express condolences for your Mom and now your Dad.

Anita, Cynthia, & Mike There was in 'Manny' a most unique 21st century man! and you and your family know how blessed your lives with both he an Carol as you support. I met Manny 25 years ago as a young man seeking to buy a small beach property on a teacher's salary....he treated me with such dignity as if I were the most important client he had ever had. We had remained friends - church and K of C ever since. I will keep you all in my prayers. Ross

Although cousin Manuel was one of the older cousins I didn’t often get a chance to be around, I still remember the pride with which his parents, Aunt Marie and Uncle Manny spoke of his accomplishments. My sincere condolences to his family as well as his brother Matthew.

It was my pleasure to meet him in the 1970s. He was a fantastic fellow. Anita, so sorry to hear of your loss. Kindest regards, Clint.

Anita, Michael, Cynthia, so very sorry to hear about Manny. I have so many fond memories of you guys, including his zeal for body surfing with all of us and seeing who could ride the farthest! We often saw Manny and Carol walk by our house on the beach; they were always so much fun to be around. I will keep all of you in my thoughts in the coming days.

Fond Memories of Manny Medeiros Manny was 4 years older than me, but we grew up in the same town, went to the same school, attended the same church and went to the same college. Manny and I were altar boys at St. Catherine's Church in Little Compton and served many times together. Both of us played in the Wilbur School Band – Manny on drums, me on trumpet. As a summer job, Manny worked in the kitchen at the F’o’c’s’le restaurant. I spent some time there as well and peeled more than a few potatoes with Manny. While Manny was in college and learning electronics, he was fixing radios, TV s and other electronics on the side and he gave me some tips on how to fix my own. Manny was into photography and developed his own film. I remember him showing me his equipment and some of his photos. After finishing college, I got a job in Silver Spring Md, just outside of DC. Manny was already working for Rickover and living in Virginia where I visited him and Carol a few times. Manny helped me move from my apartment – he was always available. After I moved back to New England, I was no longer in direct contact with him, but followed his path through his many friends that he maintained in his hometown, Little Compton. I considered him a good friend.