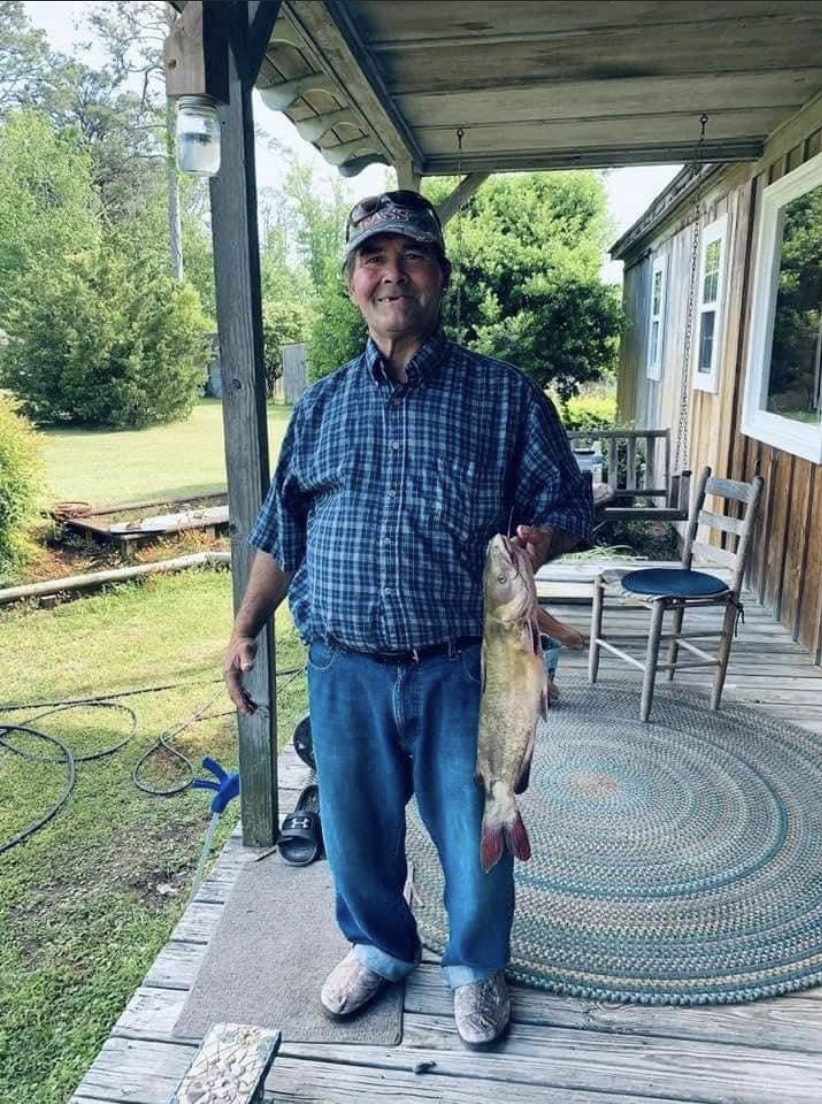 Waterlily – Linville Park Elkin or “Lin” as he was best known died unexpectedly July 6, 2021 in Currituck. He was 61.  Born in Kentucky, Lin was the son of Billy and Berta Elkin – now deceased.

He spent most of his youth in Currituck, NC where he was a standout football player with the Currituck High School Knights.   After graduation, Lin was proud to land a position with Ford Motor Company in Norfolk, VA.  He eventually dedicated over 17 years with the company.

Following his career with Ford, Lin completed his masonry apprenticeship and became a professional brick mason.  His skills led to employment with several area masonry companies.

In more recent years, Lin enjoyed a cold beer fishing off the Waterlily causeway and off his private dock.  He also dearly loved his grandchildren, enjoyed hunting, and became a member of Coinjock Baptist Church.

As Lin would have wanted, the family has arranged his cremation.  They are planning a private dockside memorial gathering to celebrate his life. Expressions of sympathy and comfort are welcome via the on-line register at www.gallopfuneralservices.com.  Gallop Funeral Services, Inc. was entrusted with arrangements.