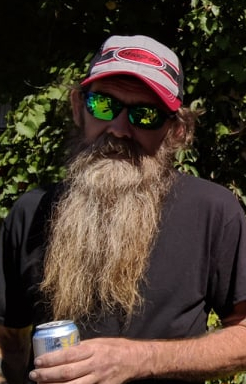 East Lake- Lawrence “Larry” Edward Cutright, beloved father, son, brother, and Pop Pop, passed away suddenly August 18, 2019 in his home, at age 55. He was born on August 29, 1963 to Pearl and Mary Cutright in Auburn California. His memory lives on through his four daughters Amy Cutright, Jessica Cochran, Natasha Cutright, Sabrina Cutright, and through his three grandchildren Zeke Cutright, Jayla Cochran, and Braxton Cochran.

Larry was a proud United States Marine Corps Veteran. He was a member of the American Legion, Post 288 and the Legion Riders. He worked as an ASE certified mechanic during the week using his weekends for his true passions; his love for riding the roads on his motorcycle was only out matched by his love for his grandchildren, whom he made a trip every other weekend to see.

He will be missed dearly by family he has left behind, including his mother, Mary Cutright; his four brothers, Curtis Cutright, Greg Cutright, Tim Cutright, Chris Cutright; and his mother-in-law, Sharon Logwood.

A memorial service will be held at a later date at the American Legion Post 288 in Coinjock, NC. Condolences to the family may be expressed via the online register at www.gallopfuneralservices.com. Gallop Funeral Services was entrusted with arrangements.