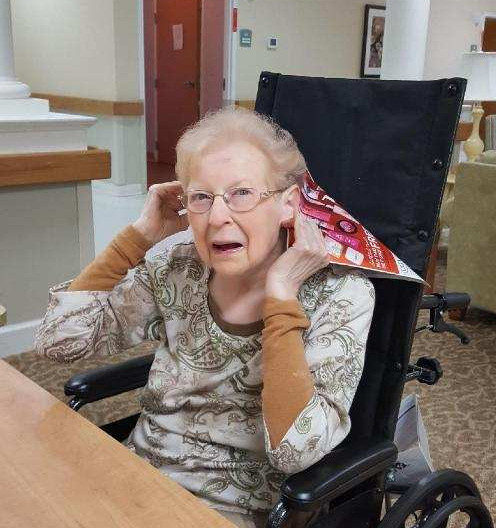 Joan Ann Krawiec, 82, of Chesapeake, VA passed away September 18, 2017 after complications from dementia.

She was born in Waterville, NY in 1935, the eldest daughter of Elmer and Ann Jackson.  She had 3 brothers, Rod, Don and Paul and one sister Marilyn Seeber who all preceded her in death.  She graduated from Waterville High School, NY.  Joan married her husband Stanley C. Krawiec, October 23, 1954. Together they built their home on the hill on Sawyer Rd and raised 3 amazing sons, Scott (Margo)Denver, CO , Kevin (Mary)Moyock, NC  and Kenneth (Judy)North Richland Hills, TX.

In 1981 they moved to Virginia Beach, VA to begin the next chapter of their lives. Joan retired from JC Penney and she and Stan moved to Chesapeake to begin their retirement in their new home.

Joan loved to laugh, dance, sing and enjoy her family at ever chance she had. Her family was her world. That smile could light up a room!

She made many new friends in her years in Virginia, and always tried to hold her old friends close.  She will be missed by so many.

A celebration of Joan’s life will take place in Waterville, NY where she began her life.

Any donations to the Alzheimer’s Association in Joan’s honor we would be one step closer to a cure.
Condolences to the family may be expressed via the online register at www.gallopfuncralservices.com. Gallop Funeral Services Inc. was entrusted with local arrangements.