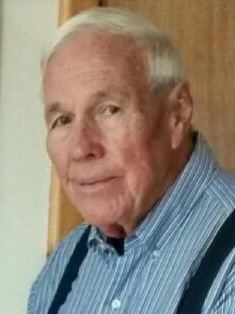 Jerry Alan Froehlich, a teacher his entire life, went to heaven on July 10, 2022 at the age of 88. Jerry is well known in the Outer Banks of North Carolina, as an amazing educator who helped change the lives of 175 inmates from the Dare County Detention Center when he facilitated them receiving their GEDs. He went on to work at the College of the Albemarle for several years as a math tutor. 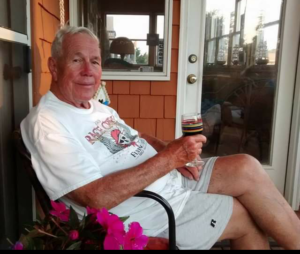 Jerry was born in Neville, Ohio on September 24, 1933 to Julia (VanDerVeer) and Herbert Froehlich. Jerry was raised in Newport, Kentucky. At the age of 18, he met his future “lovely wife”, Gail Obermann, age 15, from “across the river” in Cincinnati, Ohio. He spent 4 years in the Navy as a Diesel Mechanic and an Engineman Second Class. After he and Gail got married, he used the GI Bill to educate himself up to a Master’s Degree from Xavier University. Jerry absolutely loved teaching at the High School and College level. However, he once said there wasn’t “enough money in the county to teach 7th graders again” after a brief substitute teaching gig. 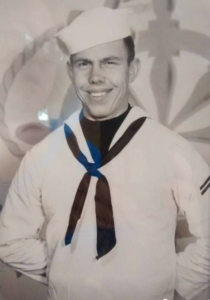 No services are planned. Gallop Funeral services is assisting the family with arrangements. Condolences and memories may be shared at www.gallopfuneralservices.com. 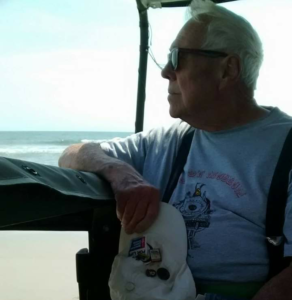 We were saddened to hear of Jerry's passing and were glad we could see him last week. In an earlier visit, he affirmed his faith in Jesus Christ and assurance of heaven. We enjoyed getting to know him and Gail in the short time we had as neighbors in KDH. We would be honored go attend his service or gathering when the date is set. Warmly in Christ, Jim and Marie Carter

This news makes me very sad. Jerry worked for us as a salesman when we started our business back in the early 90’s. He quickly became a great friend, as did Gail. I worked with Jerry and Gail on Relay for Life and Beach Pick Up, just to name several. He will be greatly missed on OBX. He was an awesome teacher as well as tutor in later years. My heart is broken. Love to Gail, Kim,Todd, Madison and Landon

After about a decade since the last time I was in school, I decided it was time to go back and get my GED at COA. I had two children of my own and knew I needed to get it done but was very nervous and insecure about taking that leap. I have always struggled with math. Mr. Jerry had a way of teaching material in a way that it could be comprehended. If I was getting hung up on something, he would sit there with me until I got it. I am so grateful for the short amount of time I had with him. He was a big part in building the confidence within me to finally get my GED. I just so happened to come across his obituary and wanted to extend my love and prayers to his family. I hope you all can find comfort in knowing what a difference he made in the lives of others. Many strangers you may never even know about. May you all continue to live out his legacy of love, patience and kindness to all those you come In contact with.

I am so sorry to hear about the passing of Jerry. Memories of him being our OBX neighbor for over 20 years. You have a special guardian angel now...You all are in my thoughts and prayers.

I would like to offer my sincere sympathy to all of Mr. Froehlich's family. He was indeed an inspirational teacher. I had him as a chemistry teacher at Summit my junior year. He had a strong presence in the school...partly awed and slightly afraid. We knew we needed to follow the rules, but he was always Fair. One comment He always made was, "When all else fails, read the book!" I know his passing will leave a void in your lives. You will be in my thoughts and prayers. May he rest in peace.

The College of The Albemarle would like to give our condolences to Gail , Kimberlee and Jerry's extended family. Jerry was gifted teacher and outstanding colleague . The COA family will miss him dearly. He touched so many lives here on the COA Dare Campus! As the Dean of the Campus I would have students come into my office ready to drop out of school lacking confidence in how they were going to get through their math classes. I would smile at them and tell them I had a secret weapon in a math tudor named Jerry Froehlich. Jerry would ease their anxiety and gave them the confidence they needed to not only pass but end up having a love for Math. He was special friend to all of us at the College of the Albemarle. His legacy will live on through all the COA and Detention students that he helped with their classes at the College. I will miss talking to Jerry about his Career in the Navy, his students, and of course his family. Rest in Peace my friend! From your COA family!

I am so sorry.mJerry tutored me when I was in college (48) and later my son in High School. I always looked forward to running into him in town or a garage sale. I will truly miss him. He was a wonderful and giving man.