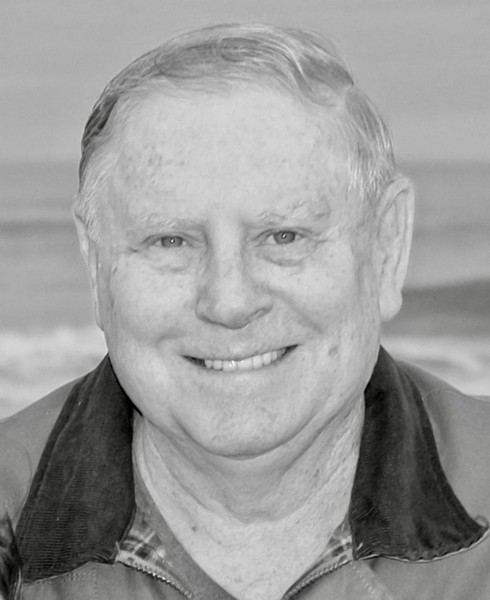 On February 7th 2022, Retired LCDR Jeffrey LeRoy Gordon passed away in Elizabeth City, NC. Jeff was born in Kansas on March 30th 1943. He was the son of a Naval Officer and spent much of his youth moving around. He attended Georgia Tech University where he earned a Bachelors Degree in Engineering and completed the NROTC program. Upon graduation in 1965, he was commissioned as a Naval Officer. His career began during the Vietnam war and he would spend a good portion of his 20 year career at sea on Navy Destroyers, including the USS Strauss and USS Vesuvius, among others. He loved tropical climates and was fortunate to have been stationed in Guam, Honolulu, San Diego, Guantanamo Bay, Cuba and other locales. During his free time, he pursued his love of photography, scuba diving and sailing, each of which remained a passion throughout most of his life.

His last post was in Virginia Beach, VA. While living there he offered sailing lessons to people on his own sailboat. One of the people who took his class was Jo Anne Donlan. The two would fall in love and soon married in 1984. When he retired at the age of 42, he continued to pursue his love of sailing and secured a job at West Marine. This kept him in touch with others who shared in his love of sailing. Because of his skills on the water and his keen ability for navigation, many boat owners would hire him to captain their boats up and down the east coast. These trips usually ended up in the Caribbean. He always remarked on how cool it was that people were paying him to sail. “It’s like a paid vacation.” He would own several of his own sailboats over the years and there was nothing he loved more than being out on the water with friends and family. Sharing good food, music, drink, and the salty air together.

Jeffrey LeRoy Gordon is survived by his wife, Jo Anne Gordon, of 38 years; his sons, Jeffrey Pratt Gordon of Georgia and Andrew Scott Gordon of Maryland; his granddaughters, Hailey, Piper, Charley, Kennett and Aspen; and his brother, Larry Gordon; and sister, Michelle Sawaya, both of California.

We will miss you dearly. Sail on Jeff.

It is the wish of Mr. Gordon that he has a Naval Burial at Sea which will be conducted somewhere in the Pacific Ocean. There will be no other services at this time.

Expressions of sympathy and comfort are welcome via the on-line register at gallopfuneralservices.com. Gallop Funeral Services, Inc. was entrusted with arrangements.

Doris and I so enjoyed knowing Jeff and Jo Anne. After having gone to Brewbaker Academy and knowing Trish Donlan, her younger sister, it was a wonderful added bonus to meet Jo Anne and Jeff. They were a delightful couple and he will be missed.

I am so saddened by this, and my prayers are with the family. I have some the fondest memories of Jeff at the helm of a sail boat and that smile. I have had some of the best times with him and Jo Anne, whether sailing, snow skiing or just a dinner together. So, yes. Sail on My Friend.