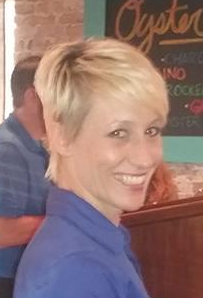 Avon – Jamie Jann Farrow of Avon, NC passed peacefully in Greenville, NC February 4, 2018. Jamie was 44.  She was preceded in death by her sister, Jennifer and her mother, Sharon.

Born in Niagara County, New York and raised in Slidell, LA Jamie completed high school and enjoyed a life of full of fun, friendship, and family. Jamie met and married her husband Leroy and worked in the Hatteras restaurant industry.  She became a popular waitress, working at the Open Water Grill and at many other local eateries.  Jamie’s greatest fulfillment, however came from nurturing the happiness of her family.

Jamie is survived by her husband Leroy T. Farrow, Jr. of the Avon residence; her son, Leroy T. “Trey” Farrow, III of Avon; her father, Louis P. Jann of Slidell, LA; and her brother Edward P. Jann also of Slidell.  Also left to celebrate Jamie’s memory is her father-in-law, Leroy Farrow, Sr. (Barbara) of Avon, NC; her mother-in-law Mona Farrow of Elizabeth City, NC; her sister-in-law Angela “Sissy” Farrow also of Avon, and her niece and nephew, Jasmine Jann and Patrick Jann both of Slidell, LA as well as many extended family members, her St. John’s Church family, and a host of dear friends.

A memorial service will be held at St. John’s Methodist Church in Avon Saturday February 10, 2018 at 1 pm.  Pastor Gina Miller will officiate.