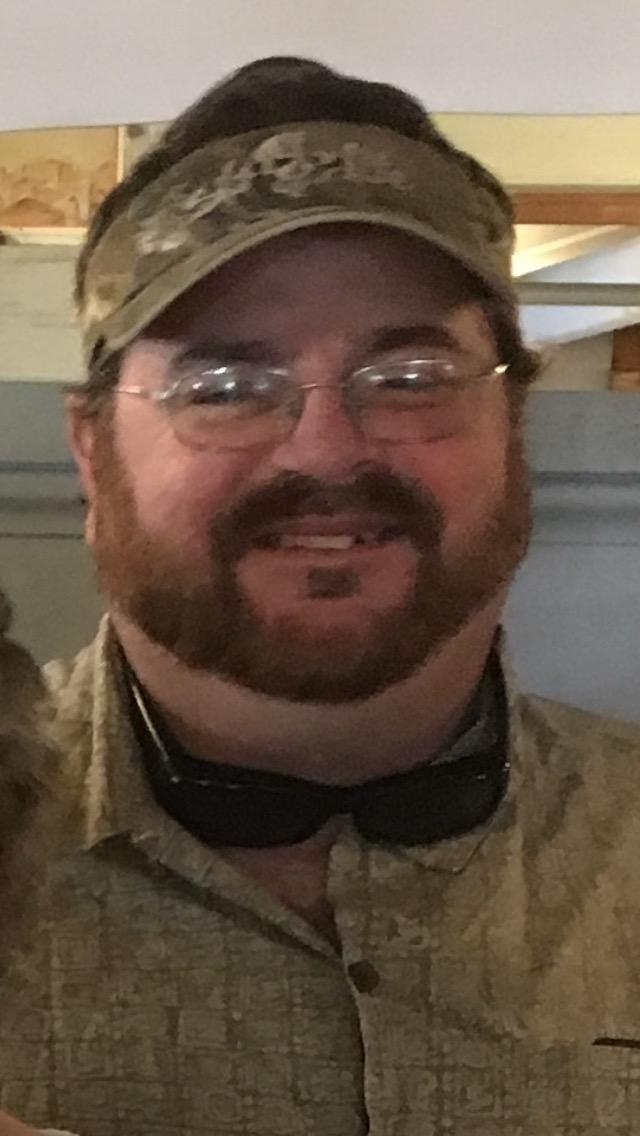 James Leslie “Les” Swain, 45, received his angel wings Friday morning at Sentara hospital after a year long fight of complications of his accident.

Les was born and raised on Swains Lane in Barco and was a true son of the South. He graduated from Currituck High School and spent his life as a carpenter on the OBX.  Les’ Heart, was 10X the size of his mouth, and that was no small feat if you knew Les. Les was a simple man and didn’t ask for much out of life except a good bonfire, telling stories and his family and friends to get along. He had many friends and was known by everyone to just be an overall good guy. His family is certain that the spot he held in their lives can never be filled as he was simply one of a kind.

Les is survived by Marilyn Henderson of Grandy who he affectionately referred to as his Liv; his mother, Virginia Swain, of Grandy; his siblings, Tom Slaughter and Mary, of Mechanicsville, VA, Cindy Harrell and Terri of Elizabeth City, NC, Deborah Swain  of Wanchese, NC, and Tim Swain and Stephanie, Grandy NC. He is also survived by his nieces and nephews, James Garcia, Allen Shiflett, Ashley Austin, Kristen Austin, Allison Swain, Jackson Slaughter and Thomas Slaughter. He had a slew of uncles, aunts, cousins and grand nieces and nephews. The list is endless. He also has doggie nieces and nephews, Aspen, Baby Jerry, Rufus, Gimli and Hamilton that spent many hours with him during his recovery and miss him to infinity.

He is preceded in death by his father, James Sam Swain; his nephew, Ricky Warren; and niece, Shelby Slaughter.

A Celebration of Life is pending. The family requests no flowers or donations at this time. A memorial scholarship fund will be set up in his honor. His family suggests that everyone that loved him celebrate him in any way that they deem appropriate. His immediate family requests privacy in the days ahead as they grieve his substantial loss.

Expressions of sympathy and comfort may be shared via the on-line register at www.gallopfuneralservices.com. Gallop Funeral Services, Inc. was entrusted with arrangements.

Swain family I want to let y'all know my prayers are with y'all Les was a great friend and a loving man the last time I saw him he's putting out Bible verses , and I'm like wow Les , and he said he grew up in church. See you my angel ❤️😇😇😇

Ellen & Family Iam so sorry for your loss. Condolences and praying for each one of yall.

Sending my deepest condolences. Prayers for all...

DEAR ELLEN, CINDY, TIMMY, TOMMY, & ALL THE FAMILY: I AM SAD TO HEAR OF LESLIE'S PASSING, I KNOW THIS IS A GREAT LOSS TO ALL OF YOU, ALL OF US. I AM PRAYING YOU THRU THE MONTHS AHEAD THAT GOD WILL TOUCH YOU WITH HIS GREAT PEACE. I PRAY THIS DRAWS ALL OF YOU CLOSER TOGETHER & CLOSER TO OUR LORD. GOD BLESS YOU ALWAYS SWAIN FAMILY, DEAR FRIENDS!! SHALOM ALEICHEM, NANCY D. SNEAD

Ellen and family we are thinking of you all at this time. We will be praying for comfort and peace.

Fly high my Brother! Love to the family. You will be thought of and missed daily.

Ellen and family sorry to hear of your loss. He will be missed. Prayers for all.