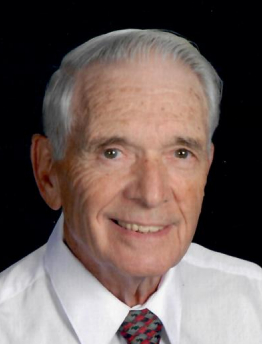 Grandy, NC – Harry William Wilson, Sr., 91, went home to be with the Lord on January 24, 2019, at Chesapeake Regional Hospital in Chesapeake, VA.  Born in Johnstown, PA on September 22, 1927, he was the son of George William Wilson and Margaret Irene Lambert.  Harry grew up in Sparrows Point, MD, son of a steelworker. He graduated from Sparrows Point High School in 1945 where he lettered in sports.  He was drafted into the Army Air Corps to serve his country and was honorably discharged at the end of WW II.  Harry attended the University of Maryland where he graduated with a BS in Education and began his teaching career in the Baltimore County school system where he taught for 35 years.  Upon retiring from education, Harry worked part-time for Meridian and Franklin Square Hospital. He met Helen in 1952 and they were married in 1954 and began their family in Baltimore, MD.  After full retirement they moved to Grandy, NC in 2004.

Harry was an active member of Jarvisburg Church of Christ where he was member of the Men’s Prayer Group and a teacher at Jarvisburg Academy for Children.  He was active in sports his entire life, excelling in boxing, baseball, tennis, but not so much golf. Harry was one of the best story tellers and captivated folks when telling about his time on the University of Maryland college football team playing for the famous coach “Big Jim” Tatum.

He was preceded in death by his parents; his sisters Alda Jane Auten and Helen Eileen Kunz; and his brother Charles “Chuck” Ernest Wilson.

His love for life, God, family and friends was obvious. Join the family for a celebration of his life.