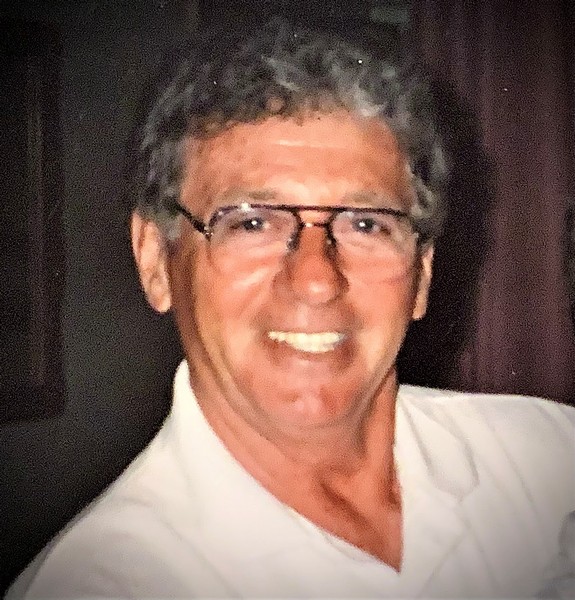 Harlan D. Wickum “Wick” passed to be with his beloved wife Shirley, on Thursday, October 14, 2021. Harlan was born on August 31, 1937, in a small farming village of 300 people in Erskine, MN. When he was a young boy, his family moved to East Grand Forks, North Dakota where he grew up and learned to play hockey and golf. He graduated from East Grand Forks Central High School in 1954 when he was 17 years old. After graduation he joined the Navy to see the world and honorably served his country through 1958.  After his service he went to the University of North Dakota where he played hockey and studied Communications.

Harlan met his future wife, Shirley at a dance club at Lake Minnetonka, MN.  After several failed attempts to date her, Wick’s charm finally won her over and she said yes.  After a 2-year courtship, Harlan and Shirley eloped in 1965.  Wick then secured his dream job with 3M through connections on the golf course which led him to Virginia Beach, VA in 1966.  During their time in the Hampton Roads area, the couple welcomed into the world their two sons, Brian in 1968 and Todd in 1970.

Wick was promoted by 3M and moved his family to Dale City, VA in 1976 where he and Shirley raised their sons. The family was quickly emersed in the local community through youth sports where he and Shirley enjoyed watching their sons play football, basketball and baseball through High School. Even though Wick traveled every week for his job, he never missed a game.  He was a member of Montclair Country Club where he met many lifelong friends who enjoyed his friendship and competitive spirit.

Harlan and Shirley transferred to Chesapeake, VA in 1988 where he finished out his long and illustrious career at 3M, earning numerous VP Key Club awards recognizing outstanding sales accomplishments during the years 1985 – 1997.  Wick was an avid golfer and a local legend at the Ocean View golf course in Norfolk, VA.  The couple retired to a house on the Currituck Sound in Grandy, NC in 1997 so Wick could pursue his golf passion daily at Carolina Club and Goose Creek courses. What an incredible journey of a life that Harlan was blessed to live until his passing after a short illness.

Harlan is preceded in death by his beloved wife of 52 years Shirley Grussing Wickum and a sister Lana F. Cannon.  He is brother to Patricia Beckman of Grand Forks, North Dakota, and the father of Brian Wickum and his wife, Diane and Todd Wickum and his wife, Michelle of Virginia Beach, VA.  He is the grandfather of Marley, James, Kacey, Maxwell and Jack Wickum.