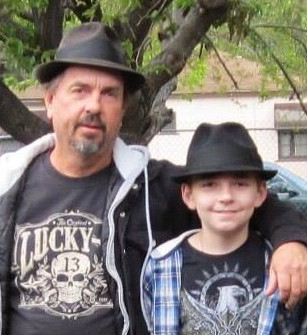 Kill Devil Hills, NC / Escondido, CA – On June 24, 2017 in the Outer Banks of NC, where he loved it so, G. Richard Eckloff “Richie, “Rick”, 57,passed away unexpectedly, with his son nearby.  He was born in Washington DC and was raised in Hyattsville, MD.  Rick later relocated to San Diego, CA area.  He loved boogie boarding on both coasts, fishing, camping, riding his Harley and more than anything, his son.

He will be cremated and his remains dispersed locally. Plans for a memorial service in the Outer Banks during the 4th of July weekend 2018 are pending.

Please consider the gift of organ donation.  Condolences to the family may be expressed via the online register at www.gallopfuneralservices.com.  Gallop Funeral Services, Inc. was entrusted with local arrangements.