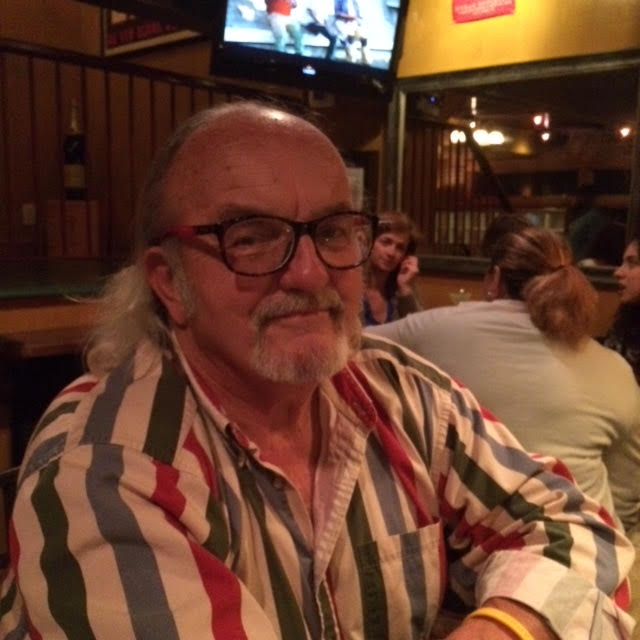 Powells Point- Dear “cheFranko” / Frank P. MONTESI, 73 years young lost his battle with cancer November 25, 2017 after fighting with every drop of energy he had. Even if you didn’t know him personally you’ve most likely seen his white van on the island these past 17 years or discussed food prep at Harris Teeter Kitty Hawk.

My Master Chef / Renaissance Man born in Danbury, CT lived an exciting, adventurous and diverse life leaving a lasting impact on people’s lives with his bigger than life personality. His constant zeal was infectious, to the point of distraction at times.

An altar boy and taught to cook by his Italian grandmother, he started his life early cooking breakfast for Marcus Dairy milkmen in Danbury. He graduated from UCONN, enlisted in the Navy where he became an electrician,  a shipwright, played in the band, and raced sailboats on the Great Lakes for the Navy. Upon return, Franko graduated from Culinary Institute of America / Hyde Park which sent him directly to Hong Kong as his instructor’s sous. He returned and relocated to Philadelphia where he ran  lights and sound for The Electric Factory.  From Philadelphia, where he met & married his first wife Linda, they saved enough to purchase 60 acres in Nova Scotia where he subsistence farmed. Clearing and building their housing, Franko raised the food to feed 8 people along with animals, including Ham Hock and Pork Chop, his prize winning pigs.

After an investment of 5 years Boston called. He returned to the North Shore and to the ocean he loved. Restaurants were happy to have him, he shared his passion for delicious food in cooking for The Warren Tavern /1780, the oldest in Charlestown, visited by both George Washington and Paul Revere.

In 1993, we had the opportunity to escape the snow and chose the mid-Atlantic states to Wilmington, NC. A college town and ” Wilmiewood” due to the TV and movie studios, the customers, celebrities and guests, Franko’s Cafe & Trattoria won several awards including Wine Spectator Award of Excellence several times and March of Dimes while we developed our 120 Italian wine list, traveling to Italy to discover new and delicious choices. A glorious 5 years rewarding us with life time friends.   1998 led us to OBX where survival demands creativity and another approach. Since cheFranko loved cooking, visiting with guests, he established his private chef services later joining At Your Service where he and Barb delighted any and all interested foodies, employing and training those lucky to work with and for him.

The past 17 years he’s been lucky to do what he loved best cooking, raising flowers, veggies, herbs- he could grow ANYTHING, and raising his beloved Miniature Schnauzers. Thank you UNC CANCER HOSPITAL & Sentara – Barco for your gentle care.

Franko is survived by his “bride” of 39 years Zia; brother, John and Sister, Norma.

Plans for a celebration of Franko’s life are pending.  The family is gratefully accepting memorial tributes in Franko’s memory directly to Gallop Funeral Services, Inc. to assist with funeral expenses.