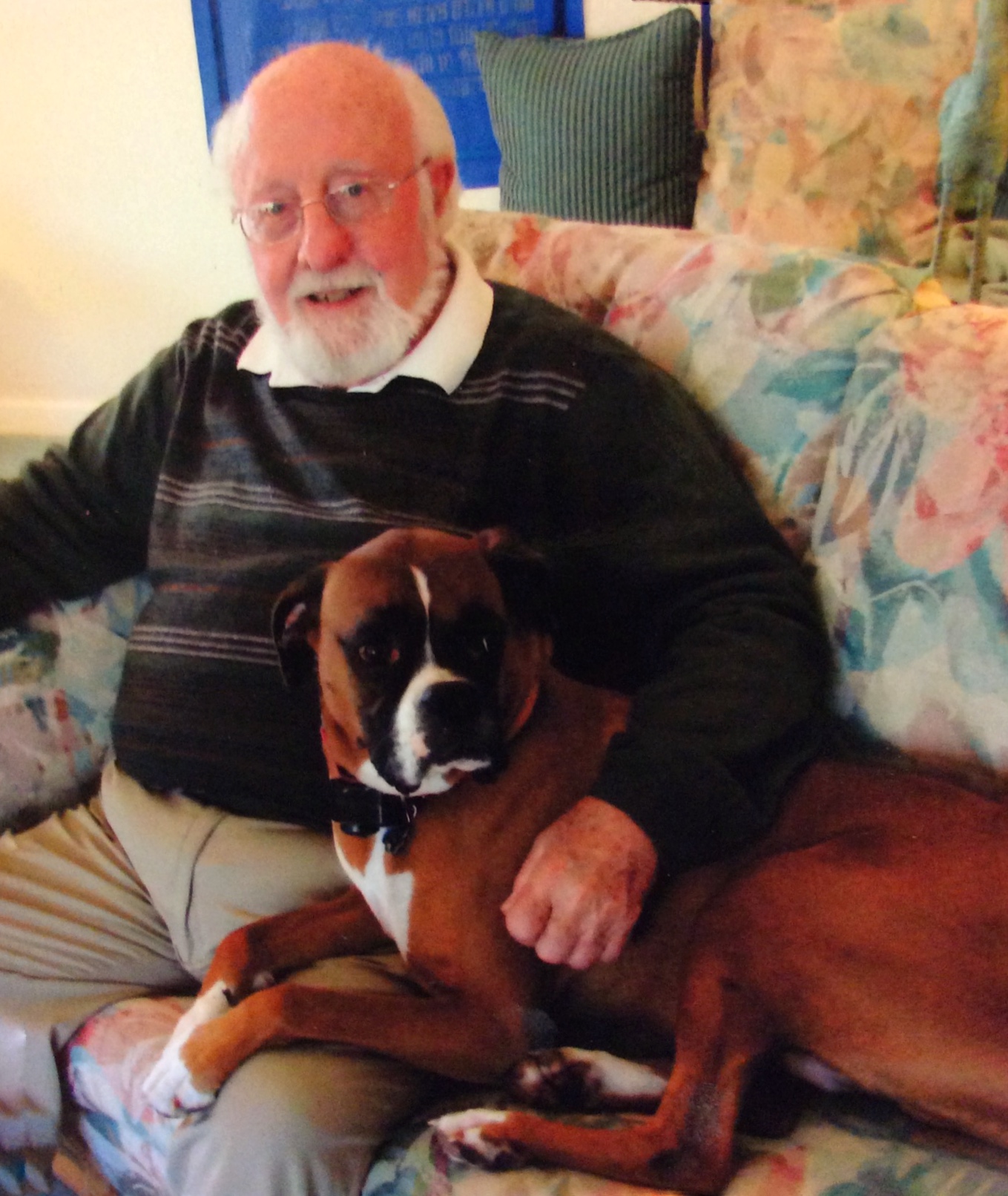 Born of the one light, Eden saw play

Praise with elation, praise every morning

God’s re-creation of the new day

-An excerpt from Morning Has Broken, a favorite of Father Bill’s

Known simply as “Father Bill” to friends who made up his Outer Banks family, the Rev. William Stickle of Colington Harbour passed away on Oct. 3.

Described by many as a courageous and kindhearted leader who didn’t hesitate to challenge authority, he will be most remembered for his gentle and warm spirit, his devotion to God and church family and his unwavering compassion and humanity.

Those who knew Father Bill often referred to him as a man who was ahead of his time in terms of leadership in the church as well as in his passion for civil rights. He had a strong conviction in taking care of the poor and volunteered for many years with Interfaith Community Outreach (ICO).

“What I loved about Father Bill was that he was so inclusive and it was clear to me from his words in his homilies that he was so peace-centered,” said longtime friend Eve Turek, one of his devoted parishioners who attended his masses at Holy Trinity Catholic Church in Nags Head and later the weekly masses he celebrated at his home for a small group of neighbors.

“To him, peace and justice were always one and the same – justice is to treat someone with peace and peace meant that everyone is treated fairly and justly. What I was always drawn to was his heart-centered frame of mind more so than the Liturgy itself.”

Father Bill is survived by his dear friend, loyal companion and caregiver Frank Zappulla, Jr. of Kill Devil Hills, his first cousin Helen Coen of Green Village, N.J., many cousins of his Devine family, his church family and many friends.

Born in Philadelphia, Pa., Father Bill is preceded in death by his parents Margaret Devine Stickle and William Stickle as well as his much beloved canine buddy, Ali, a boxer he affectionately named after Mohammad Ali.

“Father Bill was divine before he even came into this world,” said Zappulla, referencing his mother’s maiden name.

Ordained as a Dominican at St. Dominic’s Roman Catholic Church in Washington, D.C. in 1950, Father Bill became the first Roman Catholic priest at the University of Virginia in Charlottesville, Va. in 1959 and was the founding pastor of the university’s St. Thomas Hall. While there, he led students in efforts to obtain equal rights for women and African Americans. And he routinely invited nuns to deliver the sermons at mass during that time, an unprecedented move within the Catholic Church.

In 1965, Father Bill took a group of university students to Selma, Ala. to march with Martin Luther King, Jr. in one of the historic marches from the Brown A.M.E. Church. Father Bill was honored to shake hands with and be invited by Dr. King to sit next to him during a gathering before the march.

Father Bill served as pastor of Holy Infant Church in Elkton, Va. and then St. Peter’s Church in Richmond, Va. in the late 1970s. He then served as hospital chaplain at the Medical College of Virginia Hospitals and McGuire Veterans Affairs Medical Center in Richmond, Va.

He was colleagues and close friends of U.S. Bishop of Richmond Rev. William Sullivan, who died in 2012.

Father Bill retired to the Outer Banks in 1996 but continued celebrating mass, first at Holy Trinity Catholic Church where he gained a strong following among parishioners, and then later in his home.

During the latter part of his time at Holy Trinity, Turek remembers that one of his pet projects he succeeded in completing was to raise $5,000 during Lent to “Build an Ark” for Heifer International, a non-profit organization whose mission is to end world hunger and poverty as well as care for the Earth.

“He would always say that Lent wasn’t about giving up something unless what you were giving up would benefit the poor.”

Turek said that after Hurricane Katrina, Father Bill also raised money among his small group of parishioners in his home to help those impacted by the storm and then along with a friend, Rev. Peter Daly of Prince Frederick, Md., hand delivered the donations to a Mississippi parish.

Sometime during every mass, Turek recalls being touched by Father Bill always saying these words: “If Jesus is right and God is Father, then it follows that we are all sisters and brothers to every human being on the planet, and so we pray to treat all our sisters and brothers as Jesus would with peace.”

Father Bill volunteered at ICO since the organization’s inception in 2005 and was named ICO Volunteer of the Year in 2010.

He also volunteered at the Wright Brothers National Memorial for many years.

“Father Bill was an amazing soul and we are so blessed that our life journeys crossed paths,” said Jenniffer Albenese, ICO executive director. “He was wise and kind and will be truly missed by many.”

Gail Driver, volunteer coordinator at ICO, describes Father Bill as the sweetest, kindest man she had ever met. “He was just a good, good soul. I don’t know what else to say. I just adored him.”

Zappulla said that one of Father Bill’s favorite charities was Doctors Without Borders. In lieu of flowers, donations can be made to the charity at www.donate.doctorswithoutborders.org.

At his request, a simple service in Father Bill’s backyard will take place at 1 p.m. on Oct. 15. His ashes will be buried near a cherished crucifix that once stood at his UVA parish but is now in his yard. Family and friends are invited to share memories and refreshments at that time.

Gallop Funeral Service, Inc. was entrusted with arrangements. Condolences may be expressed at www.gallopfuneralservices.com.