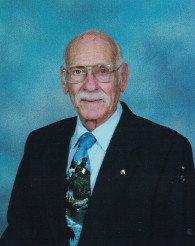 In his 84 years on this earth he had many accomplishments.  He graduated from high school and subsequently joined the Air Force for eight years, where he was an airplane Crew Chief Mechanic, giving him the opportunity to work with the Thunderbirds. Who then worked at NASA in Hampton, VA with the original 7 Astronauts. In a thirst for continuing knowledge and education he transitioned to the Cyclotron, A Cancer Research Center, where he dealt with radiation treatment for cancer research. He enjoyed spending time with his family who were active in Girl Scouts for over 20 years. After the closing of the Cyclotron, he moved down to the Outer Banks where he worked as a Cottage Maintenance Technician until retirement. He became very active in the local senior center and participated in yearly senior games. Being close to his church family is a strong attribute to his character and he let it show throughout all the hard work he put in at Holy Trinity Chapel of Nags Head and Holy Redeemer by the Sea Parrish. He was a member of the Knights of Columbus and American Legion Post 26.

Our thanks to Albemarle Hospital Staff and Community Hospice for all the care that was given. A special thanks to Colleen Keller, RN who stayed with the family until his passing.

A memorial mass will be held 11:00 am., Thursday February 9,  2017 at Holy Redeemer. Military honors will be rendered by the United States Air Force following the service.

Condolences to the family are welcome via the online register at www.gallopfuneralservices.com. Gallop Funeral Services, Inc. was entrusted with arrangements.