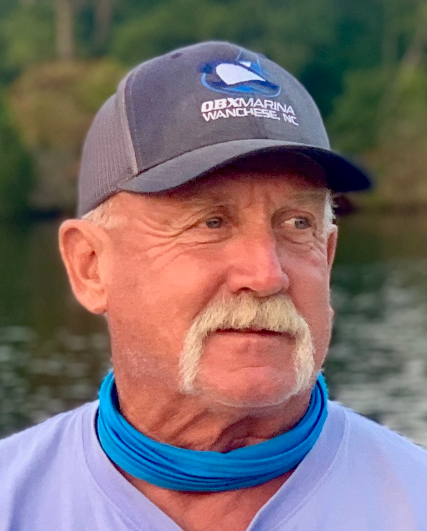 Edward “Bird” Baldwin from Rodanthe, NC caught his last wave on September 2, 2020 at the age of 65. He was a loving husband and a caring father who enjoyed the outdoors and never passed up the chance for adventure.

Bird was born in Norfolk, VA on March 9, 1955. He retired with the City of Norfolk where he worked as a surveyor for 30 years. He was extremely hard working and never came up short when it came to Dad Jokes. Bird and his wife, Gisele were happily married for 42 years.

Bird’s father, Charlie and mother, Miriam preceded him in death. He is survived by his wife Gisele and their two daughters, Erin Baldwin Lundy (Joshua), and Alice Baldwin (Trey Thrasher) and two grandchildren, David and Rylee Lundy. Bird is also survived by his two sisters, Charlene Maroney (Bill) and Suzanne Hodges (Charlie). Bird was rarely seen without his best pal, Kai the beloved family golden retriever. She would spend most days with him at the OBX Marina where he worked as a dry dock forklift operator. A celebration of life memorial will be announced at a later date.