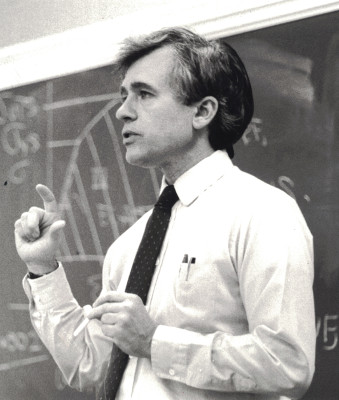 Duck-  Dr. Charles M. Gilmore of Duck, North Carolina died on October 9 2017 at home in the arms of Charlotte, his loving wife of fifty-three years.

Born in 1941 in Erie, Pennsylvania, he retired as an Emeritus Professor of Engineering and Applied Science at the George Washington University in Washington, D.C., where he spent most of his career.

Chuck obtained two engineering degrees from The Pennsylvania State University (a Bachelor of Science in 1963 and a Master’s Degree in 1964) and completed his Ph.D. at the University of Maryland in 1971.  Between 1963 and 1971, he worked at the Naval Research Laboratory in Washington, D.C.  At George Washington University he developed the graduate program in materials science and was responsible for undergraduate courses in the subject.  In addition to the position of professor, he was Chairman of the Department of Civil, Mechanical and Environmental Engineering for many years.   His research resulted in over fifty referred publications on materials science.  His textbook on the subject was recently published by Cengage Press in 2015.  In 1979 he received the George Kimbell Burgess Award from the Washington, D.C. chapter of the American Society of Metals, where he was an active member and chapter chairman in 1984 and 1985.

Chuck was an avid outdoorsman, with a love for kayaking and kite boarding.  He was active in the Outer Banks Paddle Club and was a volunteer for the Network for Endangered Sea Turtles (N.E.S.T.).  He especially enjoyed walking on the beach with Charlotte and their golden retrievers.  Chuck travelled the world with Charlotte and led a kayak expedition through the Grand Canyon.

Chuck leaves behind his sister Carole, who lives in Meadville, PA and his brother Robert of Pierpont, Ohio, as well as many nieces and nephews.  The family is grateful to the staff of the Johns Hopkins Oncology Department, the Outer Banks AMU Department, the Duck Rescue Squad, and the Dare County Hospice for their excellent care and support while Chuck was fighting cancer these past two years.

Interment will be private. Condolences to the family may be expressed at www.gallopfuneralservices.com.