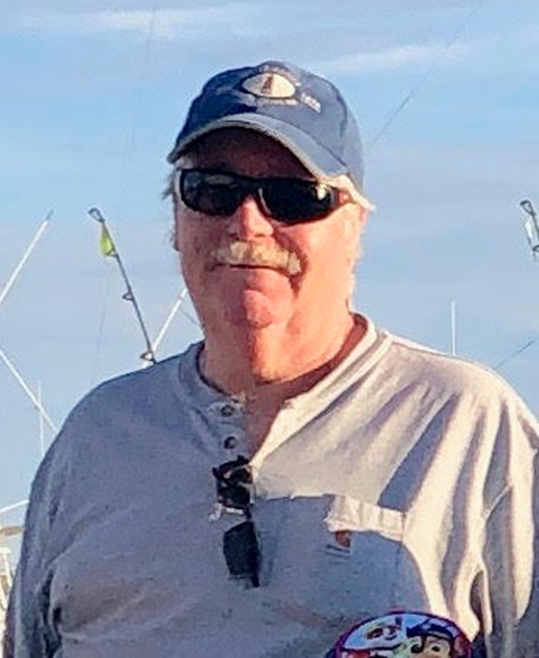 Donald Lee Revelle, 65, of Manteo, North Carolina passed away on December 15, 2021. Don was born on June 30, 1956 in Connecticut. After graduating from Simsbury High School, Don pursued a technical degree and soon found his passion for home repair. For over 35 years, Don owned and operated Handyman Professional where repairing and renovating other people’s homes gave him great satisfaction. Don was a proud member of AA for 30 years where he helped and supported many who were struggling with addiction.

In 1995, Don married Sonja Revelle and immediately gained a son and a daughter.  Don was  proud of Brian and Jen and enjoyed attending their school events and sports games, and later watching them grow up and follow their dreams. In 2011, Don became a grandfather and was affectionately known as “Grandpa” to his seven grandchildren. In 2012, Don and Sonja moved from the fast-paced (and cold) New England area down to the Outer Banks. They fell in love with Roanoke Island, the town of Manteo, and southern living. For nearly ten years, they explored together, went to the beach, and built a community of friends in their neighborhood. He was happiest when he was doing a project in his home or workshop, watching football, talking with neighbors, or hanging out with family. He was devoted to his wife, Sonja.

Donald was predeceased by his mother and father, Molly and Austin Revelle, and mother-in-law, Marjorie Nielsen. He is survived by his wife of nearly 27 years, Sonja Revelle; brother, John Revelle (FL); step-son, Brian Mason and wife Jocelyn (MA); step-daughter, Jennifer Moyer and husband Alex (PA); and his seven grandchildren.

In lieu of flowers, his family requests that donations be made to the Outer Banks Police Departments or Alcoholics Anonymous. Please share words of grace and comfort with the family via the online register at www.gallopfuneralservices.com. Gallop Funeral Services, Inc. was entrusted with arrangements.

Sending love and sympathy to our special neighbor Sonja and her family.

Our deepest condolences to you Sonja. We enjoyed seeing Don when he would come to our office. He had great stories and a good sense of humor. We will miss him for sure. Love from Kim LaFountaine and all of us at Meekins Insurance