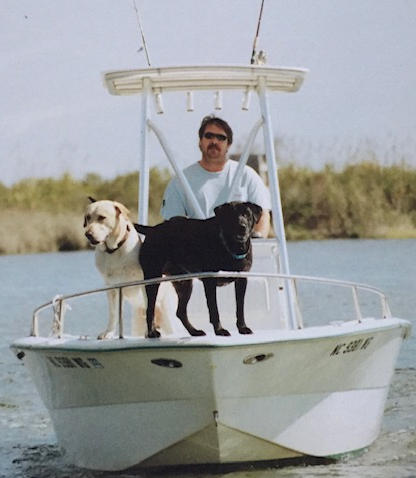 Don Jr. was born in New Bern, NC to Don Griffin Sr. and Nancy Domroe on April 1, 1972.  He married Theresa Bolling on August 21, 2005 at their home in Nags Head.  He worked as a marine electrician for many years and helped his father build Griffin Marine, Inc. in Wanchese.  Don was an avid fisherman and loved being on the water in any kind of weather.  He especially loved going on the boat with his young daughter Maylynn and their numerous Labrador retrievers.  Maylynn has been joining her daddy for boat rides since she was just 7 days old!

Don is preceded in death by his brother Michael Griffin and stepfather Mark Domroe.

The family is gratefully reaching out and urging friends and family who wish to honor Don’s memory to do so with a contribution toward his cremation expenses made directly to Gallop Funeral Services.