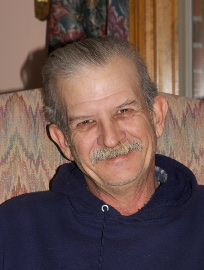 Grandy – Dennis N. Shrieves, age 66, passed away on September 5, 2016, at home in Grandy, NC. Dennis was born in Newport News, VA, but considered North Carolina as his home. He worked and fished for many years in the Outer Banks area.

He was preceded in death by his father, Sidney T. Shrieves, and mother, Virginia Willis Shrieves. He is survived by his dear friend and companion Deborah Johnston of Grandy, NC, by brother Ron Shrieves and his wife, Ginger, of Knoxville, TN, Tom Shrieves, residing in Ecuador, and by nephews Jason and Kenny Shrieves, and nieces Gina Shrieves, Ginny Milligan, and Natasha Liu.

Condolences to the family may be expressed at www.gallopfuneralservices.com. In lieu of flowers, memorial gifts may be made to the National Sierra Club.

Arrangements were entrusted to Gallop Funeral Services, Inc and condolences may be expressed via the online registry.