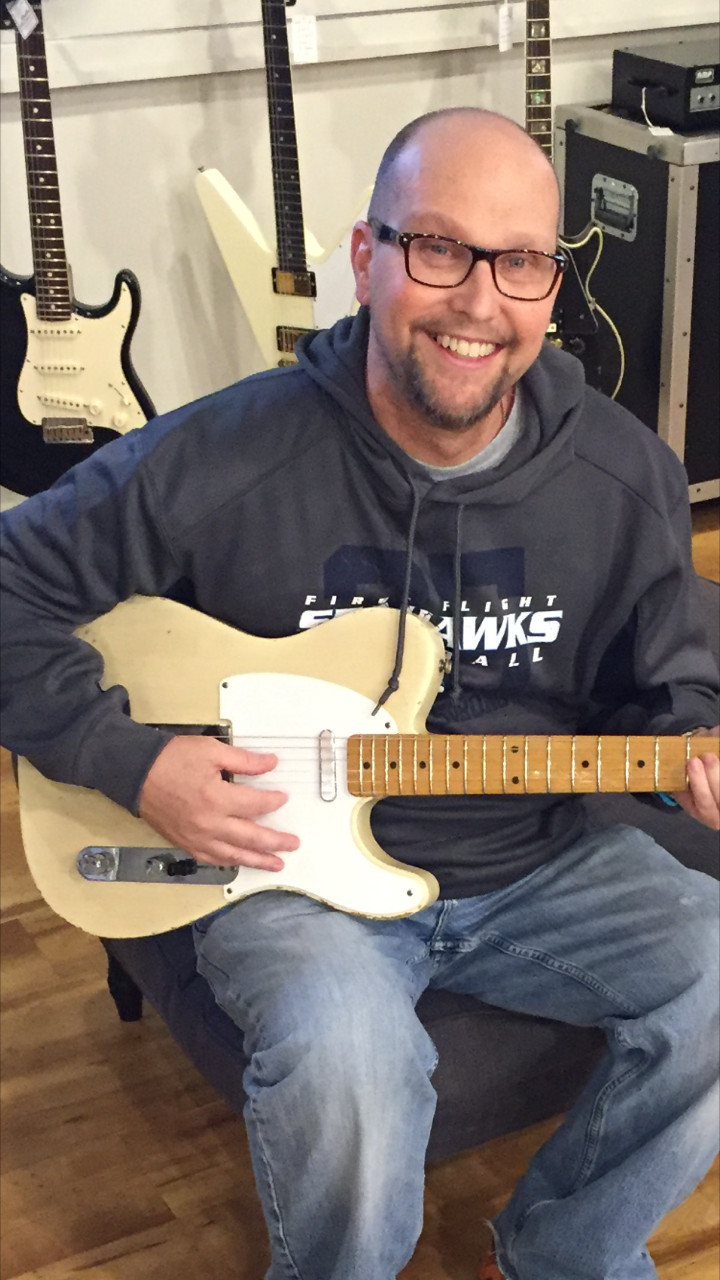 Curt, a long-time resident of the Outer Banks had many passions. The most valued of all, was being a devoted father to his son, Taylor, and Taylor’s younger sister, Cicily, whom he loved as his own. He attended the Regional Airline Academy in Florida, became a licensed pilot and formerly owned an aerotour business locally.

Music was a large part of Curt’s life. As a gifted musician and vocalist, he often enjoyed playing one of the guitars from his collection, writing and singing songs with his kids, or just strumming and hanging with close friends. Until recent events, he enjoyed riding and maintaining motorcycles. He owned a varying collection throughout the years and he rode as much as possible.

Taylor’s mother Michelle Trembly (Trey) not only co-parented their children but remained the closest of friends. Michelle and Trey, provided unending care and support throughout his battle with cancer, and ultimately end of life care in their home.

Curt was blessed with wonderful friends and co-workers from Awful Arthur’s, along with many customers he befriended throughout the years.

During his almost 3 years of treatments, he built close bonds with many of the nurses and doctors who provided exemplary care, encouragement, love and laughter during the most difficult of times. He considered them family.

A memorial will be held Sunday, September 24th, 2017, 2 pm, in the upstairs lounge at Awful Arthur’s in Kill Devil Hills. In lieu of flowers, donations may be made to Interfaith Community Outreach (252-480-0070; https://www.interfaithoutreach.com/donate/).