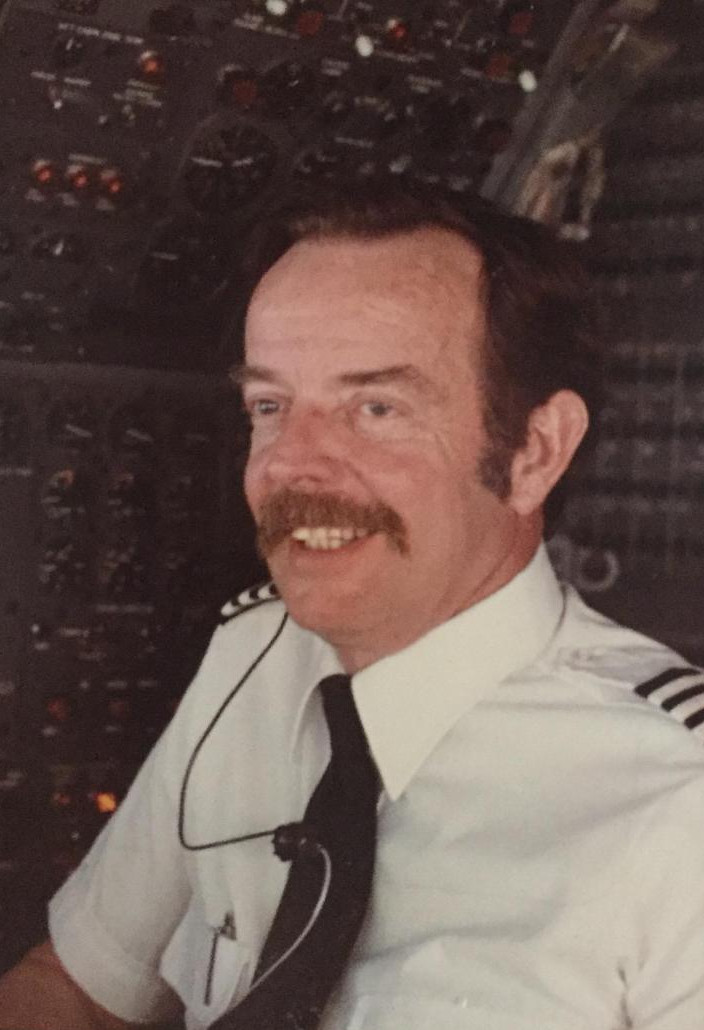 At a young age, Chuck heard the call of his country, quit high school and joined the Navy.  He served on Roanoke Island in 1944-45 on the crash crew at the Naval Air Station.  He learned to fly after WWII on the GI Bill  in Luscombe seaplanes on the Hudson River.  He had a long career in aviation, starting with National Airlines, Capital Airlines, Meteor Air Transport, Capital Airways, Mohawk Airlines, Starflite Airlines, Trans Caribbean Airlines, and finished his career with American Airlines in 1986.

Charles and Donna moved to Manteo, NC in 1986, after he retired, as he had always wanted to return here after being stationed in MQI during WWII.  He served several years on the Dare County Airport Authority, on the Dare County Board of Elections, and was active in politics all his life, as an adamant conservative.   He belonged to the American Legion and was also a Mason.

Charles (Chuck) is survived by his wife, Donna, of the home, and seven children, Diana Elms Baker, (Steve), of Taylorsville, Utah, Darlene Drake, of Sandy, Utah, John Elms (Julie), of Nashville, NC, Joe Ponder, of Ft. Worth, Texas, Kristin “Prissy” Watts, of Dallas, TX, B.W. Ponder, (Donna Marie), of Temple, TX and Joe Ponder Elms, (Britnee) of Manteo, NC.   He is also survived by twenty (20) grandchildren and six (6) great- grandchildren, plus his loyal companions, Shoal, a yellow lab, and Ebony, a Rottweiler, who both loved to lay at his feet and ‘guard’ their Daddy.

There will be a Celebration of Life service at a later date.  In lieu of flowers and food, please make a donation in Chuck’s memory to the Dare County SPCA or Manteo Baptist Church.