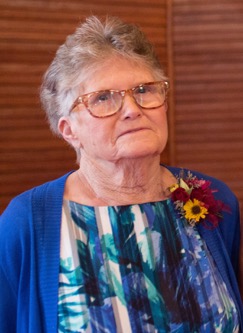 Grandy – Mrs. Audrey Mae LaFon, 77, of Grandy, NC passed away December 28, 2107 in Elizabeth City, NC.  Audrey was born in Kentucky to the late John Patterson Lindsey and Nellie Decker Wallace on May 21, 1940.  Audrey’s husbands Jim Miller and Harold LaFon preceded her in death as did her brothers Paul Lindsey, James Lindsey, Truman Lindsey, Glyndell Lindsey and Lendal Lindsey; and her sisters, Maudie Deweese and Dorothy Wilkerson.

Over the years, Audrey became a well-known cook at several local restaurants including the Coinjock Marina Restaurant. In her spare time, she played a mean game of Rummy.  Most of all Audrey leaves behind a legacy of deep love and devotion to her family.

The funeral and committal services will be held at Powells Point Christian Church in Harbinger, NC Tuesday January 2, 2018 at 1 PM with Minister Vince Rodkey officiating. The burial in the church cemetery will be private.

In lieu of flowers the family gratefully requests that memorial donations be made to the American Heart Association.