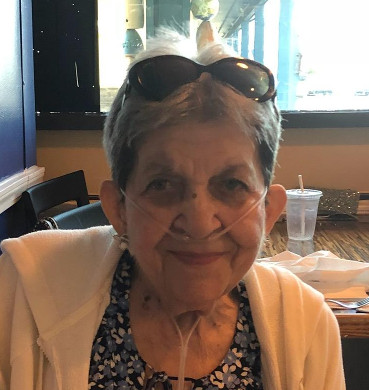 Nags Head – Analynn Janovetz, (nee Anne Lynn Gerovic), was born in Mellen, Wisconsin on July 6, 1930.  She was the daughter of Anne and Emil Gerovic. Analynn moved to the Washington DC area at the age of 21 years with her older sisters Fran and Kay. She married Howard Mitchell Parsons in 1955 and moved to McLean, VA where she became the loving mother to Amber Parsons, Cheryl Parsons-0etjen and Robin Parsons-Rector. She was a stay-at-home mom for most of her children’s youth always instilling words like morals, values, principals and ethics.

Once her children were grown, Analynn remarried William Janovetz and pursued a career in real estate and became a very successful agent in the McLean, Virginia area.

The happiness of her children, grandchildren and great grandchildren brought her joy. It was her dying wish that her love of family live on in each of us. The family will have a private memorial service at the home of Jeff and Cheryl Oetjen at a later date.

Condolences to the family may be expressed via the on-line register on the Analynn Janovetz page at www.gallopfuneralservices.com. Gallop Funeral Services, Inc. was entrusted with arrangements.