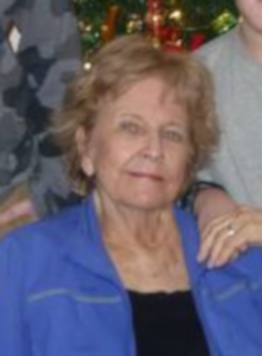 Barbara Styron Tucker of Southern Shores, NC passed away on Monday, October 18, 2021, at the age of 87 after a brief illness. She was born November 5, 1933, to Lula and Edward Styron. She is survived by her husband John H. Tucker, Jr in a marriage lasting 66 years. She is also survived by two sons, John H. Tucker, III and Edward Tripp Tucker, grandsons Johnathan and Joseph. She is also survived by a sister, Sandra Wilbur (Harry), nieces, Andrea Robertson, (Neil) and their sons Graham and Cameron, Barbara Wolf (David) and their sons Dylan and Connor, Leah Laux (Don), and son Alex and daughter Elsa, and first cousin Joyce Harlan.

Barbara grew up in Norfolk County attending Great Bridge High School and Madison College. Her primary interests included reading, mahjong, tennis, and technology. She was known as the “email queen of the Outer Banks” and loved communicating with friends every day. She was a member of several book clubs in Roanoke, Norfolk and Southern Shores. She had a passion for reading and loved discussions with friends about books read. She was a member of the Society of Arts at the Chrysler Museum. For years she and John served as directors for the Youth Fellowship Program at the Church of the Good Shepherd in Norfolk, VA. For a short time, she served as a computer instructor in the Lower School of Norfolk Academy teaching keyboarding skills to many grateful students. She was known in Norfolk and Roanoke as a great hostess, as entertaining was one of the many roles of a headmaster’s wife. She loved living on the Outer Banks of North Carolina after John retired in 2000. Friends will remember and laugh at her horror of bad hair days. She was a member of All Saints Episcopal Church.

A celebration of her life will occur on Saturday, October 30, 2021, at 2:00 PM at Saint Andrews by The Sea Episcopal Church, 4212 South Virginia Dare Trail, Nags Head, NC, followed by a reception at the Hilton Garden Inn in Kitty Hawk.

In lieu of flowers, memorial donations may be made to the Barbara and John Tucker Scholarship fund at Norfolk Academy, 1585 Wesleyan Drive, Norfolk, VA 23502 or to the Family Tucker Professional Development Fund at Saint Patrick Catholic School, 1000 Bolling Avenue, Norfolk, VA 23508, or to the Bryan Cultural Series Endowment, P.O. Box 547, Nags Head, NC 27959, or to a charity of your choice.

Expressions of sympathy may shared at www.gallopfuenralservices.com. Gallop Funeral Services, Inc. was entrusted with arrangements.

John please know our thoughts and prayers are with you during this difficult time. Barbara will be truly missed what an amazing friend to so many here in the Outerbanks.

Estie joins me in offering our heartfelt condolences to John and the entire Tucker family. Barbara was a lady of grace, charm, and a steadfast advocate of the educational experience we were so blessed to receive at Norfolk Academy. Her loss is shared by those of us who knew her, and may her memory be for a blessing. Nick Cohen

John, we are holding you in our arms and hearts. I loved her so much and we had so much fun writing together and sharing our stories. Mary and Helen and Steve

My sympathy to all of Barbara’s family, especially John and Sandra,dear friends from Great Bridge days. With loving friendship, Bettie Hudgins Howard

John, sorry to hear, our son John text us last week about Barbara---& I tried to send to various members of the Love Family this info--I think the last time we have talked face to face was in Corolla 4 or 5 years ago--when Aunt Squeezer & Bev. were part of the Gathering. Tim mentioned to me this morning that you called him. We will be in touch---May God help you & your Family---Much Love--Mike & Joyce A.

The world has lost a wonderful lady, and we have lost a dear friend. I absolutely loved Mrs. Tucker for her kindness to the world & her support to so many students over the years. Rest in Peace. Much love to the Tucker family.

John, I was so sad to hear of your loss. Please accept my condolences. I will always remember Barbara's visits to the Lower School classrooms on the eve of each new year. Despite the time ( which was usually evening), she faithfully visited each classroom with words of encouragement and support for the year's beginning. ..a dedicated headmaster's wife! I loved Barbara and sharing in the Book Club was a special treat for me! Be comforted in knowing so many others loved her too.

Dear John - What a delightful, lively and intelligent person Barbara was! John and I feel fortunate to have known her and shared many laughs with her over the years. Please accept our sincere sympathy as we know how you all will miss her. Sincerely, Martha Franklin