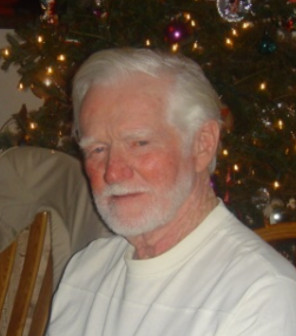 Wanchese-  Wilton Ferrell Creef Sr. (also known as H), passed away Tuesday June 27, 2017 at the age of 91.  He  was born on Oct. 2, 1925 in East Lake, N.C., to parents, Carson and Pettie Creef.  Wilton was a Navy veteran of World War II, he belonged the Shriner’s Club and was a life-long member of the FOE (Fraternal Order of Eagles Club of Chesapeake, VA. and the Nags Head FOE.) Wilton retired as a Project Supervisor for E. Caligari and Sons, Inc.  Upon his retirement he relocated from his Chesapeake, VA home to reside in Wanchese, N.C.

A celebration of life will be held at the Nags Head FOE Club (Fraternal Order of Eagles) on Thurs. July 6th. At 2:00.  H was a devoted husband, father, grandfather, and great-grandfather who was loved by all and will be greatly missed.   The family would like to thank grandson, Nathan Bernard for all of his devotion, love, and support.   In lieu of flowers donations could be made to the Union Mission Ministries of Norfolk, VA.