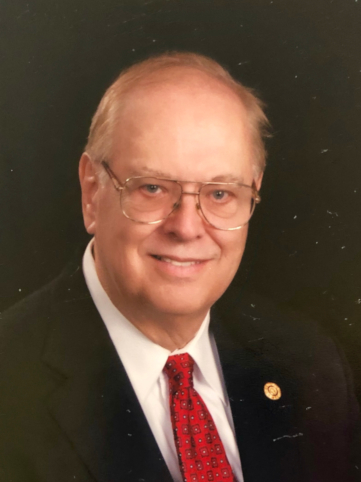 Southern Shores – William “Bill” Robert Sharp, Jr. died peacefully at his home on August 11, 2019 in Southern Shores, North Carolina at the age of 76.

Bill was born on August 17, 1942 in Fort Lewis, Washington. As the son of an active-duty United States Army officer, he lived in many places during his childhood, including Linz, Austria and Stuttgart, Germany. He took his Bachelor of Science in Nuclear Engineering from North Carolina State University in 1964 and his Master of Science in Engineering Administration from George Washington University in 1983. While a student at North Carolina State University, he was inducted into the Rho Chapter of Theta Tau, the North Carolina Alpha Chapter of Tau Beta Pi, and Phi Kappa Phi. After taking his undergraduate degree, he began a career with Newport News Shipbuilding and Dry Dock Company that encompassed a number of engineering and managerial roles and spanned more than 50 years. In 2015, he was recognized by Newport News Shipbuilding as a Master Shipbuilder. He married his first wife, Ann, in 1966, and they resided in Newport News, Virginia during their marriage.

While in Newport News, Bill joined Hilton Presbyterian Church where he served as Deacon, Elder, and Treasurer for many years. After moving to Williamsburg in 2013, he and his second wife, Margaret Biggins Sharp, attended Williamsburg Presbyterian Church. Bill was a long-time member and a past-President of the Warwick Rotary Club. As a Rotarian, he enthusiastically supported Rotary International’s polio elimination efforts and was recognized as a Paul Harris Fellow for his efforts. Additionally, he was an active member of several professional organizations, primarily the Nautilus Society of Reactor Test Engineers, the Engineers’ Club of the Virginia Peninsula, the United States Naval Institute, and the Society of Naval Architects and Marine Engineers. Bill was an active supporter of the Boy Scouts of America, serving as the long-time treasurer of BSA Troop 14 in Newport News and as a member of the board of the Virginia Peninsula Council.

Condolences to the family may be expressed via the online register at www.gallopfuneralservices.com. Gallop Funeral Services was entrusted with local arrangements.