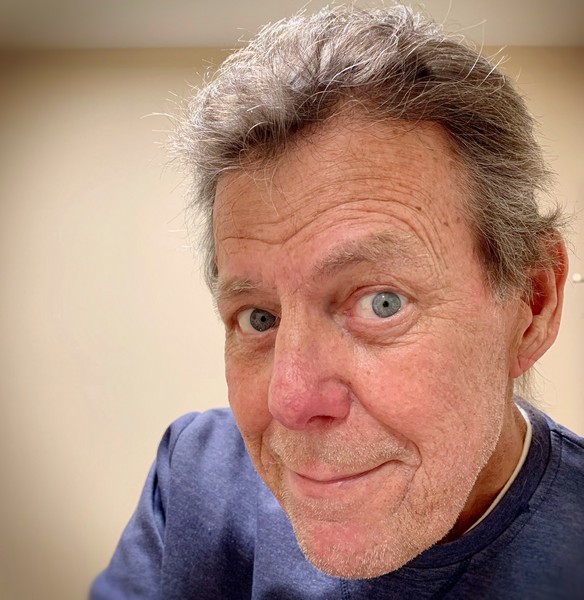 On Monday, October 26, 2020, my father, William G. Schoonover Jr., loving husband, father, grandfather, and friend to all dogs, passed away at the age of 66.

William, known to most as “Bill”, was born on June 20, 1954 at Fort Ord in California to William Schoonover Sr. and Yvonne (Willing) Schoonover. Having been born to a military family, Bill lived in multiple locations in the US and abroad, but eventually settled in Woodbridge, Virginia. He enlisted in the army just after high school in 1973 and served in Defense Investigative Services. After his term he began his career with the United States Postal Service, which he took an early retirement from on disability in 2004, ten years after his carcinoid cancer diagnosis. During all this he raised me, his only daughter, mostly on his own. Then, in 2001 he married the love of his life, Denise, in Hawaii. Among their many adventures, these two established a dog walking business, Dog Walker Bill & Co., in 2005. Working with dogs was his true passion which he was able to enjoy for seven years before he and Denise moved to the Outer Banks, NC in 2012 with their two dogs, Jessie and Maxx.

My Dad believed in life-long learning and so had a choice amount hobbies. His passion for music led him to be a professional percussionist in the 80’s and he later took up the guitar and then the flute as an homage to his favorite artist, Ian Anderson. History, writing, adventuring with loved ones, reading, drawing, bicycling, tinkering with gadgets, and bread-baking were some of his interests, but the constant thread of self-actualization throughout Bill’s life was his profound love of animals, with a particular reverence for dogs.

So Dad, now it is our turn to follow your example.Your genuine, kind demeanor created a safe space for others. You could support people without compromising independence. You showed us how to have a quiet tenacity when facing life’s hurdles. You believed there was always joy to be found regardless of circumstance, and that key to facing fear was to stay curious. Your friends and family have loved you so, and we carry you with us always.

Bill is preceded in death by his father, William, mother, Yvonne, infant brother, Michael, and his best dog, Jessie. He is survived by his “beloved” wife, Denise, “adored” daughter, Stephanie, a brother, Daniel, four “magnificent” granddaughters, Lavinia, Sonya, Shelby, and Willow, as well as a two aunts, Jean and Pat, and several cousins.

In leu of flowers, please consider making a donation to my Dad’s favorite (and well researched) charity, Old Friends Dog Sanctuary in Tennessee. You can easily donate with every Amazon purchase you make by adding them via Amazon Smile. https://ofsds.org/