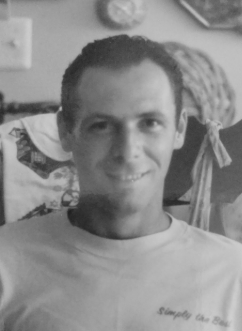 Born April 23, 1952, the eldest son of eight children to Joseph and Evelyn Meyer, Billy grew up in Dunellen, NJ before moving to the Jersey Shore. He married Linda Deutschlander on May 17, 1980 and had four children; SaraMae, Billy Jr., Dessa and Violet. They lived in Point Pleasant, NJ where Billy started his career with a shed building business. He continued in all aspects of construction throughout his life and spent his free time working on motorcycles and woodworking. Billy also spent several years owning a stock car and racing at Wall Stadium in NJ.  He lived in Sacramento and Grass Valley, CA during his life, and the Outer Banks of North Carolina during his later years.

Billy’s life will be celebrated in a private ceremony by his family and close friends on the Outer Banks. In lieu of flowers, the family asks that donations be made to the Oxford House of the Outer Banks.

His quick wit and easy smile will be missed by all that knew him.