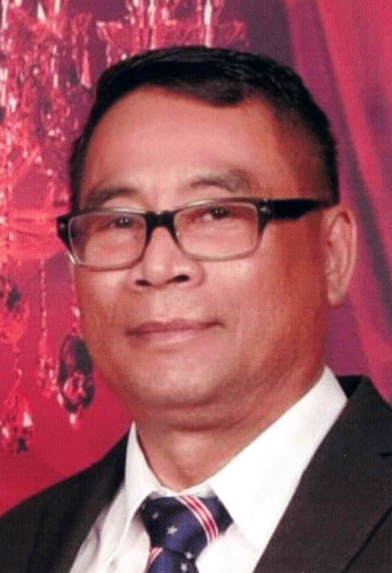 Tun Lin Shwe, 55, passed away in Nags Head, NC February 4, 2022 after a brief illness. He was born in Burma on April 30, 1966. Tun Lin was a key political organizer in Burma’s democratic movement since 1988. He was imprisoned for several years in Burma for his work supporting freedom in his home country.

After Tun Lin’s release, his family emigrated to the United States and settled in Florida. There he earned his US citizenship and opened a Chinese restaurant. He worked diligently to become successful.

Recently, Tun Lin sold the restaurant and relocated to the Outer Banks to be closer to his one grandchild. The family will remember Tun Lin as a hard worker, a strong family man, and a proud American. Survivors include his wife Tin Tin Aye-Shwe of the Kill Devil Hills residence; his son, Aung Shwe (Iulia); his daughter, Wiri Shwe; and his granddaughter, Ellie Shwe all of Kill Devil Hills, as well as several siblings and numerous other relatives in Burma.

The family will host a private gathering with their close friends in the near future to honor Tun Lin’s life.  Expressions of sympathy and comfort may be shared via the online registry at www.gallopfuneralservices.com.

Tin Tin Aye, Aung Shwe,Iulia, Ellie and Wiri Shwe This is so hard to believe and we are so sorry for your loss. (Ko)Tun Lwin Shwe was a wonderful person and he will be greatly missed. With deepest sympathy Po Po , Allen and Aye Soe

So sorry for your loss. Thinking of you all. I hope the good memories bring you comfort during this time.

Mr. Tun will always be in my heart! With our years working together at Publix, and his infamous "Tea Time" breaks, and all my frequent Sushi visits to him at Harris Teeter, to even witnessing his amazing love for teaching his daughter how to drive around my house! I am so deeply saddened by his tragic loss! All of my deepest thoughts, and all of my countless prayers, go out to his beautiful, wonderful family! Mr.Tun will be missed greatly! Please do not hesitate to call me for anything! Love always, Christine Radcliffe 252-422-2187

Sincere condolences on your loss. Friend of Aye and Allen Soe

I am heartily sorry for your loss. Please accept my sincere condolences. Ko Tun Lin Shwe will always be remembered. No No

So sorry to hear about my friend Tun,I had the pleasure to work with him for a few years and he always made my job more enjoyable.Such a wonderful person,very hard working,loving father and loved being a american citizen.My condolences and prayers to his family,you will be missed my friend.

I am heartily sorry for your loss. Please accept my sincere condolences. Ko Tun Lin Shwe will always be remembered . with deepest sympathy, No No

Saw Jerome and May Thandar Soe

Our hearts go out to you all during this time of sorrow. With heavy hearts, we send our sincere condolences to you and your family. Ko Tun Lin Shwe will be fondly remembered. Jerome and Julia

Would that more people would have and demonstrate his courage. RIP

Tun will be missed by all, his work ethics, a great personality. A very kind person. Wishing the best for his family.

Tun you will be missed by many I'm at a loss for words :( you were so kind to everyone you knew and didn't know and absolutely the best susi chef the Outer Banks will ever see I remember one Christmas he cooked Chinese food for our family to enjoy he even brought it to our house and surprised us let me tell you Heaven has gained a wonderful person ..... May the peace of our Lord Jesus Christ be with Tun now and forever.... if there is anything the family may need I can be reached @ 252-573-0175