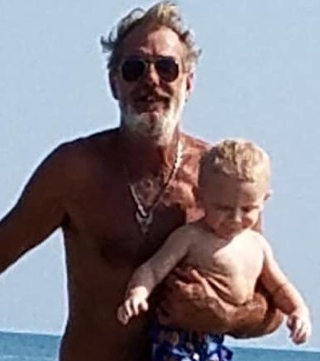 Avon – Terry Herzing, 57, died Sunday, January 26, 2020 at Norfolk Sentara Hospital with family and loved ones at his side.

Terry was born September 9, 1962 in Norfolk, VA.  He was the son of Arlene J. Donahue Williams of Avon and the late Robert Herzing.  He was a 1980 graduate of Cape Hatteras High School attended Pitt Community College. Terry embraced his years as a true “Kinnakeeter”, was a talented builder, and enjoyed all aspects island living offered.  Terry was his mama’s caregiver and well known to practice, “A friend in need is a friend indeed”.

Besides his mother, he is survived by his stepfather, Cecil S. Williams; two brothers, Robert Herzing of Kill Devil Hills and Michael Herzing of Alabama; one sister, Katherine Herzing of Kill Devil Hills; nephew/brother, Ronnie Slater, Jr. of Avon; companion and best friend, Capucine Carmen of Avon; numerous nieces, nephews, great nieces, great nephews; and several loved ones he considered his own and dear in his heart.

Terry will peacefully rest at Evans Notch, Maine.  A celebration of life will be held in Avon at a later time. Please express condolences to the family via the online register at www.gallopfuneralservices.com.  Gallop Funeral Services, Inc. was entrusted with arrangements.