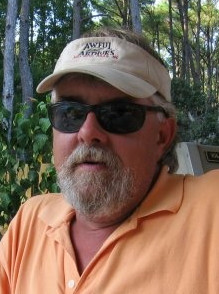 Kill Devil Hills – Stephen Franklin Beatty, age 56, of 218 Gunas Drive, Kill Devil Hills, NC, died peacefully at his residence on Tuesday, November 13, 2018. Stephen was born August 7, 1962 and was raised in Lumberton, NC to Charlie Arnold and Rose Savage Beatty Via and was the husband of Linda Jones Beatty for 31 years. He graduated from Lumberton High School and then attended The University of North Carolina at Wilmington. His hobbies included hunting and fishing and was a past member of the National Wild Turkey Federation. He was a builder on the Outer Banks for 35 years.

He was preceded in death by his parents, Arnold and Rose, his brother, Allen Bass, and his sister, Mary Austin.

A Memorial Service will be held at a later time.

Gallop Funeral Services, Inc. was entrusted to serve. Condolences to the family may be expressed at www.gallopfuneralservices.com.