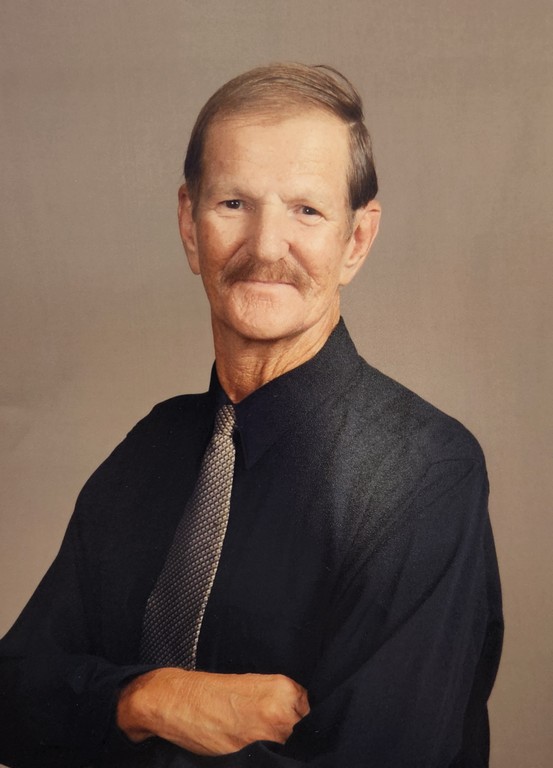 In the early morning hours of Friday, June 24, 2022, Scott Lee Forbes, 71, of Powells Point, NC lost his 10 year battle with cancer but gained his eternal reward. He was born on November 28, 1950 to the late Julian Lathan Forbes and Margaret Evans Forbes in Jarvisburg, NC.

Scott is survived by his high school sweetheart and wife of nearly 51 years, Sharon Beasley Forbes and his only child Scott “Scotty” Lee Forbes, Jr. He also leaves behind his “Little Sis” JoAnn Parker Gallop and brother Tommy (Maria) Forbes as well as his brother-in-law John Douglass and a number of nieces, nephews and extended family. He was predeceased by his older brother Ralph Forbes and “Big Sis” Julie Douglass.

Many knew Scott as a naturally gifted athlete. He excelled in baseball, basketball, bowling, shooting pool and his true passion…golf. He played his last round of 18 holes just over 2 weeks ago. He truly loved the game and the friendships that formed because of the shared interest. Growing up near Newbern’s Landing nurtured his lifelong love of fishing and waterfowl hunting. Scott was always in motion. He was never one to sit still. That active nature most likely was what earned him the nickname of Scooter or Scooterman during his 32 year career at the Ford Norfolk Assembly Plant.

After his retirement he earned a new nickname. He became the “candyman” at his beloved Powells Point Christian Church. Scott stepped into many roles there – deacon, greeter, short term missions member. He was happiest when he was serving his Lord. Many who knew him as a younger man may have missed Scott’s testimony that he openly and boldly shared about his struggles with drug and alcohol addiction. He was a man who had been set free.

He also leaves behind his 4 legged rescued furry friends – Cupcake, Luna and Tiger. In keeping with Scott’s wishes, in lieu of flowers please consider making a memorial donation to Powells Point Christian Church (197 Church Road, Harbinger, NC 27941). Funds will be split between the church building fund and the local animal shelter.

We would like to extend our gratitude to his Primary Care Physician Dr. James Owens, Dr. Robert Given of Urology of Virginia and Dr. Mark Fleming of Virginia Oncology Associates and their care teams for their care and concern during this long fight.

A memorial service will be led by minister and close personal friend, Vince Rodkey, at Powells Point Christian Church in Harbinger, NC on Thursday, June 30, 2022 at 11 a.m. A shared meal and time of fellowship will follow. Gallop Funeral services is assisting the family with arrangements. Condolences and memories may be shared at www.gallopfuneralservices.com.

So sad to hear of his passing. May God be with your family.

May your faith in God bring you everlasting peace and comfort. God is good. Love and peace Jean

Sharon and family, I am so sorry to hear of Scott’s passing. Lifting you all up in prayers.

So sorry. Prayers for peace and comfort in days ahead for you and Scotty.

Scott was a good soul and he shall be remembered for his love of family, friends, sports and his 4 legged companions. Our sincere prayers go forth to Sharon, Scotty, JoAnn, Tommy & John during this time of remembrances.

I have many fond memories of Scott from JP Knapp. We went years without seeing each other and then reconnected @ a turkey shoot in Coinjock. It was just like time had stood still. We laughed as we remembered our school days and caught up as best we could on old friends. Scott was a good man and will be missed by many. Rest in the arms of our Lord my friend. Sharon and family, my thoughts are with you.

Such a wonderful caring man. Always a smile and a boisterous hello to all. Proud to call him a friend. Prayers and hugs to his family.

What a blessing Brother Scott and you all have been to us. Family by Choice!!! Love & Prayers to you all during this most difficult time. 🙏 ❤

Sharon, my deepest condolences to you and all of Scott's family. Keeping your family in prayer.

James and I are so sorry for your loss, Scott was a kind person, he will be missed.

To the family of Scott Forbes; as a past resident of Jarvisburg, a fellow graduate of Joseph P. Knapp High School…Class of 1967; please accept my condolences in Scott’s passing. I pray your strength in the Lord as you lay him to rest and that God will give you peace beyond measure in the days ahead.

We were so sorry to hear of your loss. Love and prayers to Sharon and all of your sweet family.

Sharon and Scotty, prayers for peace.

My sincerest sympathy to you Sharon and Scotty and your entire large list of family and friends. Scott was a great person and will truly be missed. May God wrap his arms around you and Scotty as you go through this horrible experience. Take care of yourself Sharon and rest assured that there are a lot of people that really care. Respectfully, One of yall's ole' bowling buddies, Dottie Younger

So sorry to hear of the passing of Scott. Enjoyed playing softball and golf with him. He will always be remembered as a great friend. Alan & Connie Lynn

I met Scott on the golf course and enjoyed playing together when I got the chance. I often say if you really want to know a person, play golf with them. What I learned about Scott was he was always upbeat, smiling, giving a kind word to everyone. And if you were around him for long he was going to tell you about our Lord and Savior. Kind is the word best to describe Scott. Good bye for now my friend, I'll see you again when I get called home. Hit em long and straight brother! Dan

We are sadden to learn of Scotty's passing. Our thoughts and prayers go out to his family and friends.

One of my best friends ever.Always looked forward to his handshake, smile and laugh.A great athlete with whom I had the privilege to play softball and golf with for many years.The greatest thing was that after a game or round of golf you could never tell whether we had won or lost. As talented as he was he could have been arrogant, but he was always humble, and a gracious winner or loser. Miss him greatly but look forward to a great reunion. He now knows how many lives he touched

My condolences to the Forbes’s family. Scott’s testimony was beautiful! Hell was shunned…a relationship with Jesus was gained while Scott lived on earth & now eternal life with Jesus. Heaven’s Sounding Sweeter!

I remember Scott as an athlete at Knapp high school. He was an outstanding basketball and baseball player. Later I got the opportunity to ride in a carpool to the Norfolk Ford plant and Scott myself and Barry Walker being the young guys sat in the backseat most days. Later we shared playing on a softball team of brothers and the one thing I can say for sure about Scott Forbes is I never saw him angry he was consistently calm and always had a smile on his face. My heart goes out to his family at this time.

Dearest Sharon, You, Scotty, and your entire family mean so much to us. We pray for ya'll everyday and we are saddened for the loss you feel as a family, but, as Christians, we are also happy for Scott as he is with His Lord and Savior, Jesus Christ now. Scott will always be remembered so fondly. We are here for you & Scotty and all your precious family. Love & Peace, Darlene & Doug & Mama Patsy.

Dear Sharon, please know we are praying for you and Scotty. May the Lord comfort you during this difficult time. Love you.

Sharon I am so sorry to hear about Scott’s passing. We will keep you and your family in our prayers. Love in Christ, Brent and Joyce Sawyer

DEAR SHARON, TOMMY, SCOTT, JOANN & FAMILY: I AM SAD TO LEARN OF THIS GREAT LOSS OF OUR FRIEND TO ALL, SCOTT FORBES!!! I LAST SAW SCOTT IN FOOD LION & SPOKE TO HIM FOR A FEW MINUTES & SAID GOODBYE. AS I WALKED AWAY I LOOKED BACK ONE MORE TIME FOR A GLIMPSE OF SCOTT, & I THOUGHT I SURE MISS SEEING HIM, ESPECIALLY EVERY DAY AT OUR STORE IN MAPLE AS THE FORD VAN SHUTTLE PULLED UP IN FRONT OF THOSE OLD PICTURE WINDOWS TO PICK UP MR. CORBELL & MR. BELL. THEY ALL CAME IN THE STORE EVERYDAY, MONDAY THRU FRIDAY WITH WHITIE & KEITH DOWDY TO GET A 7OZ. RETURNABLE BOTTLE COKE, I CAN STILL HEAR THE FIZZ AS THEY POPPED THE CAP ON THE PEPSI MACHINE!!! THOSE NEW FANGLED COKE COOLERS WE GOT NEVER DID COME WITH A CAP OPENER!!!! THEY WERE PLANNING THE DEMISE OF THOSE 7 OZ. COKES SCOTT SO LOVED, EVEN BACK THEN!!!! I MISS THOSE BOYS STILL TO THIS DAY IN MY STORE & NOW I CRY CAUSE THEY ARE ALL IN HEAVEN NOW, SOME OF THE BEST FRIENDS I EVER HAD!! THOSE COKES THEY BOUGHT & PAID FOR SURE PUT FOOD ON MY TABLE & WERE A PART OF WONDERFUL MEMORIES AT THE MILL STONE COUNTRY STORE IN MAPLE & THE GRIST MILL TOO. I WANT TO WRITE A BOOK ABOUT OUR STORE & CALL IT "THE MILL STONE CHILDREN", I GUESS THIS IS MY FIRST PAGE OF THE BOOK, RIGHT!? ALL OUR CUSTOMERS WERE LIKE CHILDREN IN OUR COUNTRY STORE FAMILY, WE EVEN HAD SOME FROM SWITZERLAND, WISH WE HAD KEPT A GUEST BOOK. OH WELL, THANKS FOR THE MEMORIES OLD FRIEND SCOTT , & YOU TOO SHARON & TOMMY, THANKS FOR THE MEMORIES!! MY DEEPEST CONDOLENCES TO ALL OF YOU & ESPECIALLY ON THE RECENT LOSS OF JULIE TOO. I WILL BE PRAYING YOU THRU AS ALWAYS, GOD BLESS YOU. SHALOM ALEICHEM, NANCY D. SNEAD

I was so to hear of Scotts passing.I will pray for his families healing.He will be greatly missed,

We had the pleasure of meeting Scott and Jeff was able to play golf with him last September. Scott made Jeff feel welcome and he had such a good time. Our thoughts and prayers are with the family.