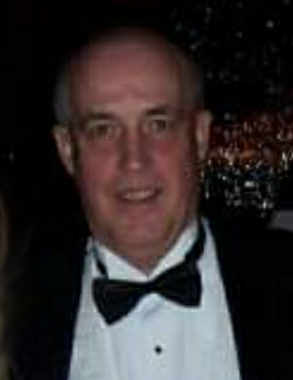 Robert was born in Richmond, Virginia to the late James T. Cockrell and the late Gertrude F. Cockrell.  He was also preceded in death by his daughter, Kristen Cockrell Day, and his brother, Thomas Cockrell.

In his youth, Robert served his country honorably in the United States Army during the Vietnam Era. Following his military service, Robert entered the shipbuilding industry and rose to become a Master Shipbuilder. He eventually retired from Tenneco, Inc. after 41 years of loyal service. Robert will be remembered as a devoted husband, father, and grandfather.

Robert Cockrell is survived by his wife of 49 years, Pamela B. Cockrell of the Grandy residence; his son, Kevin Michael Cockrell; his grandson, Ronald Gray Sweatman, III; his brother, Charles Cockrell (Barbara), one sister, Carolyn Melesky (Wayne), his sisters-in-law, Margaret Cockrell and Gloria Crone (Roger); as well as many beloved nieces and nephews and family friends.

As his family and friends celebrate his life, we take comfort knowing that he has been reunited with his loved ones who went before him as well as his Lord and Savior.

Robert’s memorial service, with military honors, will be held at 2 pm, Saturday, February 27, 2021 at Gallop Memorial Chapel in Barco, NC. MASKS ARE REQUIRED FOR ATTENDANCE and all COVID safety measures will be enforced.

In lieu of flowers, donations in Robert’s name may be made to Wounded Warrior Project, www.woundedwarriorproject.org/donate. Please express condolences to the family via the online register at www.gallopfuneralservices.com. Gallop Funeral Services, Inc. was entrusted with arrangements.