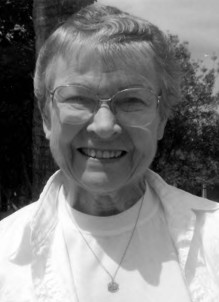 Frisco – Patricia Ann Patchel (Patsy), 84, peacefully went to be with Jesus surrounded by family January 27,2017. She was living at  Spring Arbor of the Outer Banks, N.C.

Patsy enjoyed playing games with the seniors at St. Augustine Baptist Church.  She also played the bass fiddle while her husband, Roger played rhythm guitar for The Blue Sky Riders – a western style band. Patsy spent many years as care giver for family and friends. Always with a sparkle in her eye, Patsy loved to talk with people about Jesus.

Patricia is survived by two sons; Gary Roger (Susan) Patchel of Frisco, NC and  Steven Howard (Angela) Patchel of Cape May Court House, N.J.; four grandchildren and eleven great-grand children.
Her urn will be buried beside her husband Roger in Camden, N.J. at a future time.