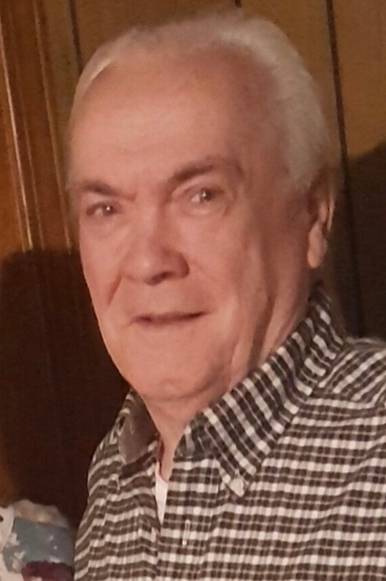 Kill Devil Hills- Marion Percy Griffin or “Bun” as he was lovingly known, passed away peacefully at the family home June 9, 2022 after several months of declining health. Bun was 82. Bun and his wife Shirley “Honey” Griffin moved to the Outer Banks from Virginia in 1975 to raise their family. Bun and Shirley were blessed with 54 years of loving matrimony before her passing in 2018.  As a young man Bun had a passion for fishing, chess and for visiting casinos- particularly the slots machines.

Once here, Bun worked hard as a professional flooring installer for over 33 years. After retiring, his life revolved around Shirley, his family, and perfecting his computer slots game. Bun was most of all a loyal family man who found contentment with the simpler pleasures of life.

A graveside funeral will be held at 1pm, Monday, June 13, 2022 at Forest Lawn Cemetery in Norfolk, VA. Please visit www.gallopfuneralservices.com to share condolences with the family. Gallop Funeral Services, Inc. was entrusted with arrangements.

Praying for the family, we love y’all.

So sorry to hear about u dad penny in did not know him that well but I knew u mom sending prayers out and hugs.

My thoughts and prayers are with the entire family. It’s so hard to loose someone so close to you and so close to your heart ♥️ Our only saving grace is that he is up in heaven with his “honey”, and with all his brothers and sisters that have gone before him. May they be reunited and always be looking down to keep the family safe and sound. You will always be in our hearts, our prayers, and our dreams - with all our love!

My thoughts and prayers go out to the family. They have lost a very loving, sweet & kind man but he has now joined his beloved wife Shirley (Honey) along with all his brothers and sisters that went before him. One day we all will be joined together once again but until then our heart breaks 💔 with our loss of you.

My deepest sympathies to you Penny and Bobby. You're in my thoughts and prayers. I Love y'all ❤️

Milissa and Will Leithauser

Sending prayers and hugs….. so glad we had the pleasure of knowing your dad for 30 yrs… God bless family and friends..❤️

My thoughts and prayers go out to the family. ❤️ Uncle Bun holds a very special place in my heart. He’s always been my favorite. I remember it as if is was yesterday Uncle Bun telling me when I had Crystal 40 years ago he would be at the hospital when I had her since dad was no longer here, and you know he was right there. ❤️ You’re so Blessed to have had such great parents. 🙏 He’s with Aunt Shirley now looking down and smiling.

My heart hurts for you and your family. Love and hugs to each of you.

Penny, you and your family are in our thoughts and prayers!!! Love Robin and Scott South

Prayers for Penny, Bobby and the family. Penny and I met in high school. At the time I was a trouble teenager from Virginia and was not looking forward to making new friends in a new school. Penny quickly became my friend. She wouldn't take no for an answer. I'm so thankful for her kindness. When my parents had to go back to Virginia, Honey and Bunn took me in and let me live in their home. Their kindness and generosity was unending! They treated me like part of their family. I will never forget either of them!

My prayers, thoughts and love are with you today and always. Our family chain has been broken once again! But has God calls us home one by one we will link again. Love you all Tina

Dear Penny and Family, Sorry to hear about your Dad. Happy to know he is now with Shirley. Sincerely, Bella Reber