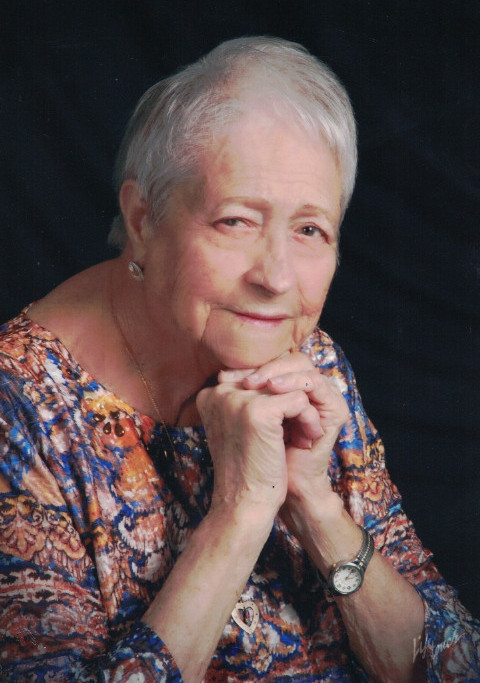 Southern Shores – Marcella M. “Tex” Salzer (nee Charbonneau), age 97 of Southern Shores passed away on October 1, 2018.  She was born on November 10, 1920 to Oliver and Alma Charbonneau in Houston, TX, the second of four children.  She was predeceased by her parents and her brothers Leonard and Lyle.  She attended Houston public schools and during her early years used her beautiful soprano voice to entertain at various local events and functions.

She relocated to New York City in her late teens where she continued to study voice and soon met and married Charles F. Salzer, Jr.  of Boonton, NJ who predeceased her in 1993 after 50 years of marriage.  She resided in Glen Rock, NJ for many years and had also resided in South Florida, Whiting, NJ and Hawthorne, NJ.   She was employed at Curtiss Wright Aeronautics for many years and went on to hold a number of management positions at various bowling establishments.  A professional bowler, she was a member of the Women’s International Bowling Congress and became the first certified female bowling instructor in the state of NJ.

In 2013 Tex came to live with her daughter in Southern Shores.  She soon came to think of the OBX as home.  She couldn’t always remember which side of the island the ocean was on, but she still claimed living here was like being on vacation all the time.  She enjoyed the people as well especially her Holy Redeemer “family”.  One of her favorite moments was having 180 Roma Night guests singing “Happy Birthday” to her for her 97th.  It was one of her last public appearances and it made her feel like a rock star!

In actuality Tex was a rock star, ahead of her time in many respects.  A working woman for much of her life she had a litany of talents, among them aspiring opera singer, softball player, professional bowler, first certified female bowling instructor in NJ.   Let’s face it, Tex was comfortable in being in the limelight whether singing in churches of all denominations as well as synagogues, banquet halls and anywhere else there was a microphone or straddling the gutters in the middle of a bowling alley teaching the basics of the sport to 200 rambunctious kids.   Piece of cake!

Tex was blessed with a sharp mind right to the end, enjoying the fact she was able to hold her own at mah jong and bridge with the younger set – and win!  A passionate Yankee fan who had yet to come to terms with the retirement of her beloved Derek Jeter, she watched and kept score for every game cheering and sometimes hurling scathing critiques at the television set.

But beyond Tex’s many talents and activities her most special rock star quality was her tremendous concern for others, especially those who were ill or in need. The most loyal and attentive of friends she took pains to stay in touch and even at 97 still sent out 65 Christmas cards with handwritten notes on most of them.  Most importantly she had a large and giving heart.  Many visitors, especially in recent years can attest to just how big it was because most would leave with a little token from Tex.   If you admired her skechers you might end up with them or at the very least, a new lipstick, a vintage brooch or one of her many clown figurines.   She didn’t have a lot but she loved to give and took great pains to select just the right item for each recipient.  Thankfully, she lived a long and full life and was able to enjoy many lasting friendships as well as relishing her role as a doting grandmother and great-grandmother.  No one who has met her will ever forget Tex!

A Mass of the Resurrection will be offered at Holy Redeemer by the Sea Roman Catholic Church in Kitty Hawk on Friday, October 5, 2018 at 3 o’clock pm.  Burial will be in New Jersey.   In lieu of flowers the family requests donations to Dare County Hospice or Emergency Services.