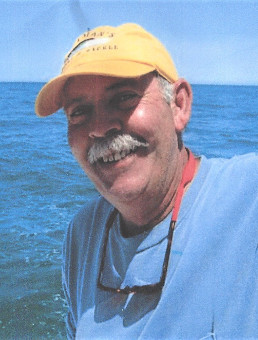 Powells Point – Lynn Dixon Allen, Jr., known to his friends as Dix, peacefully passed away at the age of 68.  A resident of Powells Point, NC, he was born on January 19, 1949 in Houston, TX and his courageous battle against cancer came to an end on November 4, 2017.  Dix will be dearly missed by his beloved wife and best friend, JoEllen M. Allen, who provided steadfast care to him throughout their union.  He is also survived by his sister, Dianne Allen Brooking of Queensbury, England, and his two cousins, Joseph W. Allen, III (Nancy) and Robert R. Allen (Fleater), who he considered his brothers.  Dix loved and held a special place in his heart for his nieces, nephews and extended family.  He was preceded in death by his father, Lynn Dixon Allen, and his mother, Marguerita Elza Allen, of Groves, TX.

He was a 1967 graduate of Port Neches-Groves High School in Port Neches, TX, and attended both Texas A&M and Lamar Universities.  Dix’s successful career in management and contractor sales in the construction industry spanned many years.  He will be remembered for his commitment to excellence and the personal care and professional guidance he provided each of his clients.  Dix remained a committed member of the Outer Banks Home Builders Association until the end of his life.

Dix had an adventurous spirit and was a man who lived life on his own terms.  There is nothing he loved more than spending time in the great outdoors or preparing for a road trip to spend time with treasured friends.  Throughout his life, he surrounded himself with four legged companions that held a special place in his heart.  Dix’s enduring smile, sharp mind and clever humor will be sorely missed but never forgotten.

A celebration of life will be held at a later date. In lieu of flowers, donations in his honor can be sent to St. Jude Children’s Research Hospital, the Wounded Warrior Project, Salvation Army or a pet rescue agency of your choice.