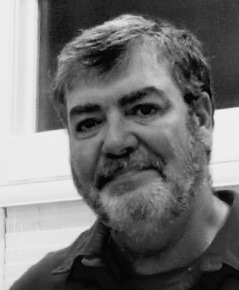 He was the son of the late John R. Cantwell, Sr. and Virginia G. Cantwell of Chesapeake, VA.  He was preceded in death by his father, and brothers Kevin and Stephen.

Roger was retired from the U.S. Navy and served aboard the minesweeper U.S.S. Guardian MCM-5 in the Gulf War. While aboard the warship, Roger became one of the first independent duty corpsman to qualify to stand as OOD (Officer of the Deck). After retirement from the Navy, he graduated from Eastern Virginia Medical School, and later retired as a Physician’s Assistant (PA-C).

He is survived by his wife Chris, his mother, his sister Julie and brother Michael, and many nieces and nephews who hold many wonderful memories of their uncle.

A memorial service will be held at the family home (3749 Farnsworth Dr., Chesapeake VA) on Wednesday, February 21 at 4:00 pm. Friends are welcome to attend or visit with the family until 6:00 pm. A second service, a celebration of Roger’s life, will be held on Friday, February 23 at 5:00 at the home of Roger & Chris (50498 Timber Trail, Frisco, NC). As part of the celebration, a brief military honors ceremony will commence at 5:50 pm. Friends, family, and loved ones are all welcome to attend.

Condolences to the family may be expressed via the on-line register at www.gallopfuneralservices.com. Gallop Funeral Services, Inc. Nags Head was entrusted with arrangements